Eighth episode of television series will premiere in Fall 2021

ATHENS, OH – Many know that Chillicothe has a proud and rich history. The city boasts that it was the first capital of the state of Ohio and is known for its presence on the “Great Seal” of Ohio, a circular coat of arms that depicts a Chillicothe sunrise over Thomas Worthington’s homestead. But did you know that the present-day Chillicothe was one of several Ohio towns that had the Shawnee Indian name? In the upcoming Our Town: Chillicothe, WOUB Producer/Director Evan Shaw will examine what the name means and how Chillicothe played such an important role in early state government, as well as looking at other historical events that shaped the Ross County city. 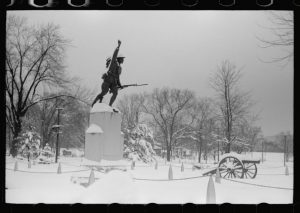 “Chillicothe was an important center of government and culture long before it was chosen as Ohio’s first capitol in 1803,” said Shaw.  “While Alexander the Great was busy conquering half the world in the 3rd Century BCE, the Adena Culture had already been established in Southern Ohio for generations.  And for the next two thousand years, the Ross County area remained a vibrant hub for many cultures including the Adena, Hopewell, Shawnee, and eventually European settlers.”

The film will also examine many other unique aspects and people of Chillicothe including: how it is home to the oldest newspaper west of the Allegheny Mountains, the influence of the papermaking industry, how World War I contributed to the city’s growth and its notable residents like Cartoonist Billy Ireland, who lovingly lampooned the city of Columbus each week in the Columbus Dispatch, Harley Warrick, the most prolific painter of “Mail Pouch Tobacco” barns in the United States, and Former U.S. First Lady Lucy Webb Hayes, who was the first First Lady to have a college degree. 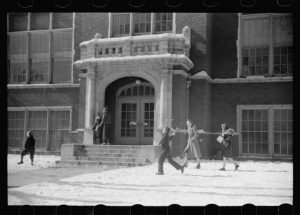 Shaw is a 14-time Emmy-Award winner and a southeastern Ohio native. Previously highlighted communities in the Our Town series include Lancaster, Pomeroy, Nelsonville, Jackson, Athens, Morgan County and most recently, Gallipolis. Shaw started his research on Chillicothe early this summer and is very excited about the eighth episode of the series.

“As a proud southeastern Ohio native, I’m still stunned that every time I start to work on an Our Town, that I learn something I did not know,” said Shaw. “It’s so exciting to be able to bring the stories of these communities to life and show the people who live there all the reasons they have to be proud of where they are from.”

WOUB plans to premiere Our Town: Chillicothe at a free public screening the Fall of 2021. More information on the date and location will be announced later. 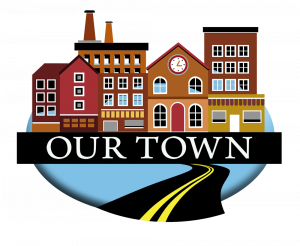