It wasn’t long ago that employers in the United States could get away with a shockingly wide range of discriminatory actions towards female employees. On Monday, February 1 at 10 p.m. ET, WOUB-TV will broadcast 9to5: The Story of a Movement, a documentary that traces the development of Boston 9to5, a grassroots women’s and labor movement started in 1973 by secretaries Karen Nussbaum and Ellen Cassedy. Created by Academy Award and Emmy winning filmmakers Julia Reichert and Steven Bognar (American Factory), 9to5 utilizes painstakingly obtained archival footage alongside interviews to illuminate the story of the activist group. 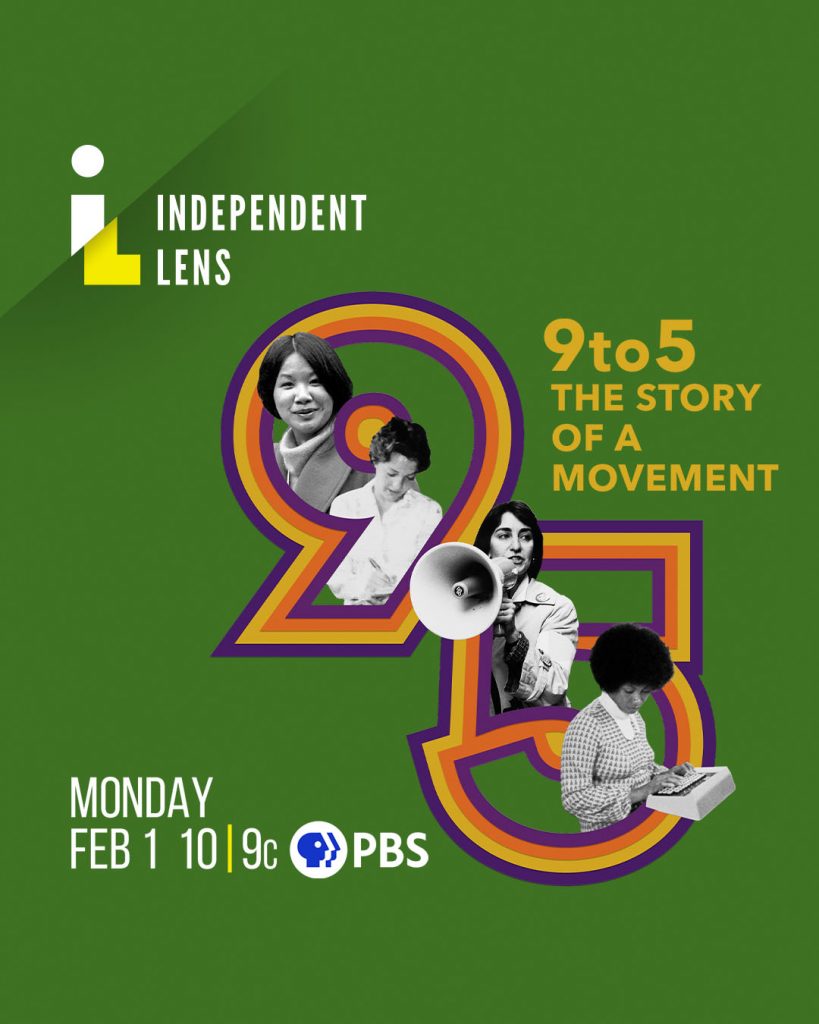 Ohio University Associate Professor Nicole Reynolds said that until groups like 9to5 began fighting for workplace equality for women, employers could place help wanted ads specifying the gender of applicant they were looking for; fire an employee for becoming pregnant, and since sexual harassment had yet to become a concept in the public consciousness, many women faced daily harassment at work. Due to the work of activists like Nussbaum and Cassedy, women now face considerably fewer hurdles entering the workplace, although the fight for complete equality is ongoing.

Reynolds, who has a joint appointment in the English and Women’s, Gender, and Sexuality Studies departments, said that by the time Nussbaum and Cassedy formed 9to5 in the early ‘70s, second-wave feminism’s ideology had been growing into mainstream thought for several years. However, this did not mean that working conditions for women were anywhere near ideal.

“Even into the ‘70s, the certain professions that were open to women heavily policed women’s appearance and their perceived behaviors,” said Reynolds. “Back then, we really didn’t have the terminology to talk about workplace sexual harassment, and there certainly was no legal way for women to deal with it even though they were experiencing it all the time.”

Boston 9to5 (now also known as the National Association of Working Women,) drew inspiration from the Civil Rights Movement and the Women’s Liberation Movement. Early on in the group’s history, Cassedy and Nussbaum organized a series of publicity stunts to shame their bosses into stopping workplace sexual harassment; giving women better pay, respect, and advancement opportunities. Over the years the group has successfully used the media and lobbied legislators to promote workplace policies such as equal pay, ending discriminatory firing or hiring due to sexual orientation or gender, and sick leave.

The movement made a lasting impression on popular culture, serving as the inspiration for the 1980 Hollywood comedy “9 to 5” starring Jane Fonda, Lily Tomlin, and Dolly Parton. Famously, the film won the People’s Choice Award for Favorite Song in a Movie for Parton’s working class anthem “9 to 5.”

Betty Friedan’s The Feminine Mystique, published in 1963, is largely credited with catalyzing the second wave feminism that would encompass the Women’s Liberation Movement that inspired Cassedy and Nussbaum to create 9to5. Friedan’s book is based on a survey she conducted of her former Smith College classmates following their 15th anniversary class reunion, in which Friedan found that a large number were deeply dissatisfied with their mostly suburban housewife lives. The book explains the social and cultural assumption that women should be satisfied completely in taking care of a home and children, and seeks to disprove it.

Since Friedan’s study focused exclusively on the experiences of white, educated, upper and middle-class women, Reynolds emphasized the importance of understanding that second wave feminism as a movement ignored the women of color and working class women who had never had the luxury of choosing not to work.

“Second-wave feminism sort of considered clerical workers to be the starting point for their work, and in order to even get access to that kind of job you would have to come from the sort of educated background that not all women have access to,” said Reynolds.

Bognar and Reichert have often handled themes of race, class, and gender in their work. Reichert’s 1976 film Union Maids focuses on three women activists who worked to bring labor unions to the United States population of largely immigrant factory workers starting in the ’30s. In an email interview with PBS Independent Lens, the filmmakers said “The sexism, racism and classism those women faced in the 1930s has many parallels to the sexism, racism and classism the 9to5 fighters faced in the 1970s and ’80s. The setting switched from a factory floor to a carpeted office.  But so many of the biases and hurdles were the same.”

Join Julia Reichert as she introduces “9to5 – The Story of a Movement” in a special online sneak preview Wednesday, January 27, 7 p.m. ET to 9 p.m. ET! Here’s how to sign up: eventbrite.com/e/indie-lens-pop-up-presents-9to5-the-story-of-a-movement-registration.

Watch “9to5: The Story of a Movement” Monday, February 1 at 10 p.m. ET on WOUB-TV. You can always find WOUB’s TV schedule online.

Change In Leadership Coming To Athens City Schools In 2015