ATHENS, OH – WOUB Public Media is one of the featured funds during Ohio University’s “Ohio Giving Day” tomorrow (April 21). “Ohio Giving Day” is about asking alumni and friends for the support to enhance the student experience in Athens.

Alumni and friends can give to WOUB on “Ohio Giving Day” here: https://ohio.scalefunder.com/amb/woub

“When students come to Ohio University, yes, they come to earn a degree. But, it’s about more than that,” said WOUB General Manager Mark Brewer. “It’s about the experiences students have, like the hands-on, real-world career training they can get at WOUB, that grow them into industry and community leaders.”

Over the years, many students have had that life-changing moment when they walk into WOUB and start that on-the-job training that puts them in a position for success. Students can start working at WOUB their freshman year and try various media jobs to figure out the best fit for them. They go on to work in public and commercial media in news and sports journalism, as well as broadcast and film production.

“Students who work at WOUB don’t only learn the skills needed to work in media,” said WOUB Community Engagement Manager Cheri Russo. “They also learn the value and importance of reliable, trusted media in a community. They become engaged and learn what it means to serve the needs of the region.”

All gifts made to WOUB Public Media on “Ohio Giving Day” will be matched dollar for dollar up to $2500 thanks to Paul Miller ’71. Miller is providing the 1:1 match because the skills he learned at WOUB set him up for a successful career. 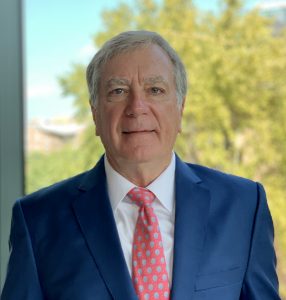 Paul started working at WOUB almost as soon as he arrived on campus, doing both on-air and production work during his time with the station. The three-time Emmy Award winning director is co-founder of RickMill Productions where he produced and directed comedy series and specials for Comedy Central for eighteen years. The company also produced numerous specials for HBO , Showtime and BRAVO. His directing credits include Saturday Night Live, and In Living Color. Among the many music specials, Miller also directed two Super Bowl Halftime Shows as well as the Country Music Awards (28 years) and the Tony Awards (3 years) for which he won an Emmy and Director’s Guild of America award. Looking ahead, Miller will once again be directing A Capitol Fourth and the National Memorial Day Concert for PBS.

Alumni and friends can give to WOUB on “Ohio Giving Day” here: https://ohio.scalefunder.com/amb/woub

If Political Talk at Work Is Making You Crazy

Biden To Campaign For Clinton In Dayton, Toledo Areas