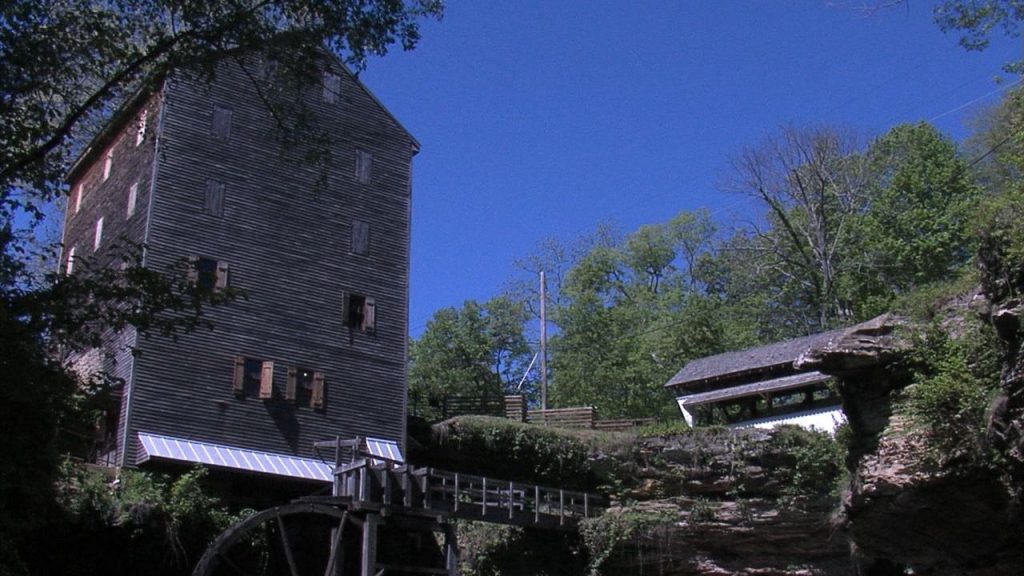 WOUB Culture: Could you please introduce yourself and tell me about the work you did in the creation of Rock Mill: Saving an Original? I know you were an editor, but I’d love to know if you had a specific vision for the project as you began working on it.

Kenny McCoy: I am the editor and sound designer on the Rock Mill project. I am a proud alum of Ohio University and it’s an honor to have a piece I worked on air on WOUB. (Documentary) Director Lou Varga and I had worked on a shorter version of the saving of Rock Mill back in 2013. The parks wanted a longer video so we began work on it. The project had to be put on hold as funds were running out. The eventual passing of the final levy attempt gave us the go ahead to continue work on this hour long documentary. Much more footage was shot and many more interviews were conducted to tell a more complete story of this incredible building. The final result is something the whole community can be proud of.

WOUB Culture: In the documentary, it becomes clear that the Mill has always been a part of the community, even when it was in disrepair. What were your thoughts on the Mill prior to the restoration process?

Kenny McCoy: I began my video career in Lancaster but didn’t have much knowledge on the Mill or the history surrounding there. It wasn’t until we were asked to tell the story of Rock Mill that I became familiar with this amazing piece of history.

WOUB Culture: From your perspective, what is the importance of the kind of restoration the Mill underwent?

Kenny McCoy: It showed the power of the community coming together to save a building that meant a lot to many people. It also showed the passion that the principal people that worked on it had for this structure. As you will see in the documentary, there were a lot of people that poured a lot of time and effort into not only saving the Mill, but restoring it to its former glory. It truly was a labor of love.

WOUB Culture: What can you tell me about the first corn grinding the mill had done in over 100 years, which is featured in the documentary?

Kenny McCoy: I was not in attendance for this monumental occasion. Lou (Varga) shot all the footage and was there for every milestone as well as picking up all the things we needed to make this documentary. His lens tells the story. From showing the restoration on the inside and outside to capturing the interviews that helped advance the story, Lou played a vital part in the production. As editor, I had other projects I worked on as filming progressed. We would look at the script and shoot what was needed. We put it together page by page, shot by shot. The final touch was adding music that helped set the tone and mood for the project. It adds just the right touch to make the documentary complete.

WOUB Culture: What does the restoration of the Mill tell you about the nature of the Fairfield County community?

Kenny McCoy: Having worked in the community for over 20 years, it was easy to see the heart the people of Fairfield County had for the area. History is very important to the residents and this restoration is another in a long line of wonderful buildings the people have kept in great shape for people to enjoy. We have worked on other pieces such as tours of the Sherman House and The Georgian as well as the story of restoring the Columbian building in downtown Lancaster to be used as a courthouse. Rock Mill proved to be a gem that the community can enjoy for generations to come.

Did Amateur Archaeologist Locate “Cleopatra’s Lost Tomb” on SECRETS OF THE DEAD, August 11 at 10 pm