For most of his life Dr. Bob Kroeger didn’t really notice old barns.

That year it was his wife’s turn to plan the couple’s annual surprise anniversary trip, for which she planned a bed and breakfast getaway in rural Licking County. On the drive there, Kroeger, who is a retired dentist, Navy veteran, personal trainer, and published author, saw something that would radically change the direction of his talents for almost a decade.

“We turned down the road to the bed and breakfast and there was an old gray barn. The roof was sagging. There were boards missing. It was tilted about 10 degrees. And this is hard to explain, but it was very real. It was like a message came right to me like a thunderbolt, right between my eyes, and it said: ‘you’re going to paint this barn. You’re going to write about it. And you’re going to preserve Ohio history,’” said Kroeger.

This strike of inspiration served as the seed of Kroeger’s Ohio Barn Project.

Over the course of the past nine years, Kroeger has painted and written an essay about a barn from each of Ohio’s 88 counties. However, a lot of time early on in those years Kroeger spent honing his artistic skills before he felt he could really dive into the project. He eventually did, following, in a way, the artistic footsteps of his father, who was a professional artist. The effort has culminated in the publication of Historic Barns of Ohio earlier this year by The History Press. 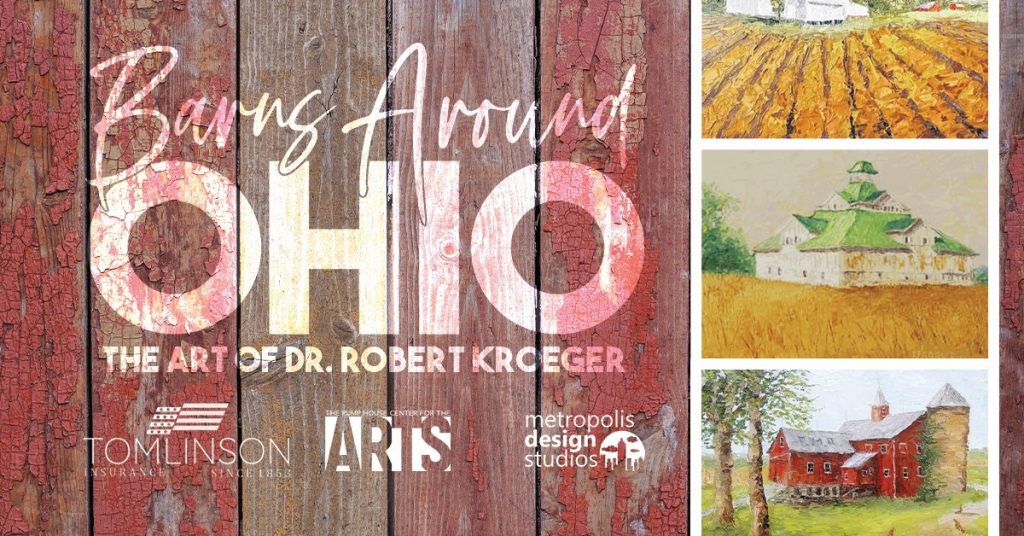 WOUB Culture spoke to Kroeger about his passion for preserving history, how his past occupations have informed his current work, and, most importantly, about barns in the feature embedded above.

The Pump House Center for the Arts