Inspired by an enormous shift in perspective Davis experienced and its reverberations through the Southeast Ohio-based singer’s personal and professional life, the EP is all at once poignant, nostalgic, and, most importantly, honest. 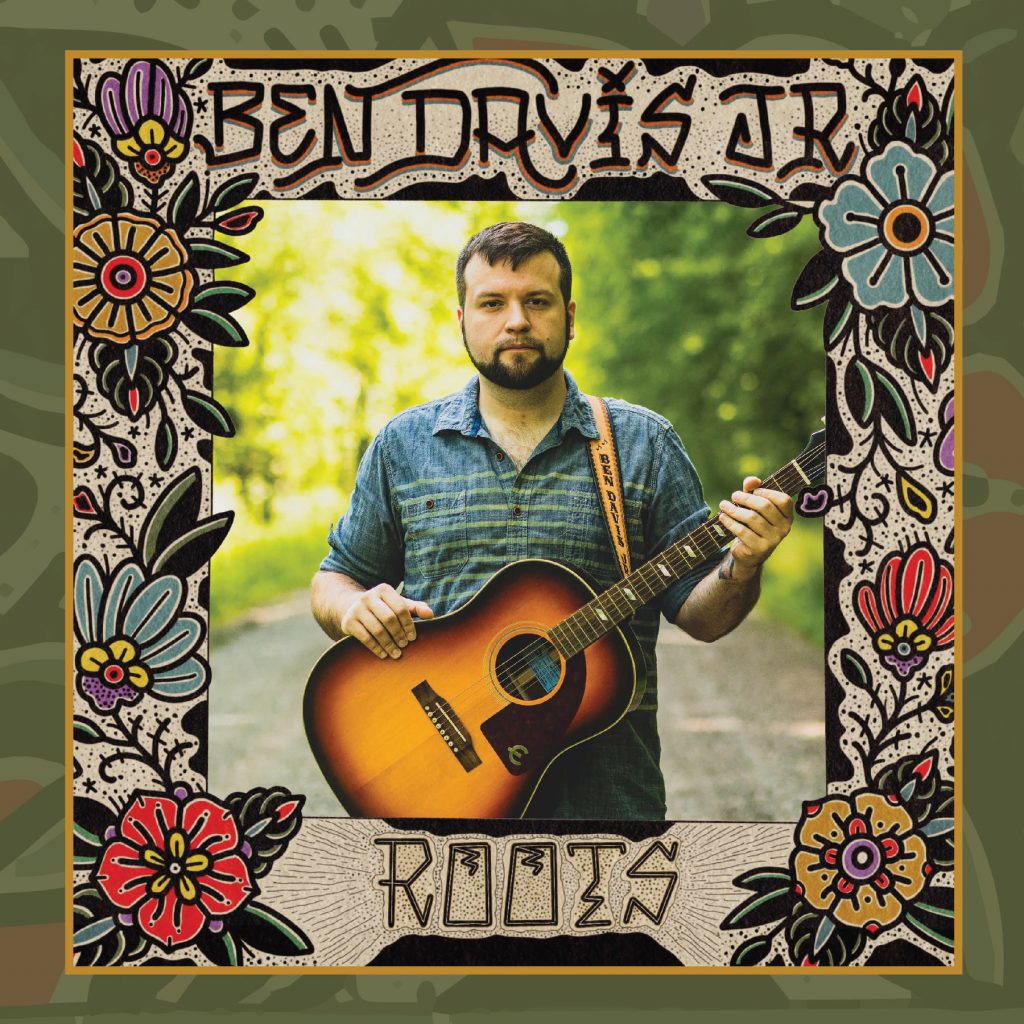 The writing of the EP began when Davis quit his nine to five job.

“I’d been there for a really long time and I needed a break from all of that. And I wasn’t really bought into society the way that it was, […] but it was really the best thing I could have done for myself personally because I became more in touch with nature and I hiked and I traveled around and played music and I got to see a lot of beautiful places and meet a lot of people,” said Davis. “We are definitely smaller parts of a bigger machine, and when you realize that, it’s kind of difficult. But when you realize that you start to understand that you should enjoy yourself at any opportunity you can because we aren’t promised a long time, and the way things are set up, we don’t get to enjoy a lot of our time.”

As Davis knows quite well, we live in a world dictated most of all by its dualities. And so, with the enormous independence Davis gained by leaving his nine to five job came drawbacks that Davis details on a track entitled “Between Shut Off and Paid Up.”

“Like the bridge of that song says: ‘I know that people say money makes the world go around, but that don’t make two cents to me,’ — I was trying to be funny, but I really meant that, too. I just didn’t have any regard in my life for money at all at the time. I just wanted to be happy and I was finally enjoying life again — but then I had this new pressure coming at me,” said Davis, who did everything from construction to selling crafts on the side to try and get his bills paid.

Throughout the EP Davis scrutinizes his varied romantic entanglements. As is the case for all of us who find ourselves wrapped up in such emotionally tumultuous circumstances with another person, some of the relationships Davis details are a source of excitement, and others – such as the one Davis delves into on the EP’s opening track, “Lies,” are more so a source of anxiety.

“Throughout my life I have found myself in relationships with some women that were outstanding people and who just really had invested all this time and education into making themselves the best they can. And my dream is to live in a van and play music and hopefully have just enough food to keep eating,” said Davis. “So I carry a lot of guilt when I am in a relationship like that, and that is what “Lies,” is about — just not believing that someone who has their act together, who has a lot going on for them, could really love me.”

The EP’s title track, “Roots,” speaks to a different, more optimistic place in a budding relationship Davis found himself in shortly after deciding to leave his nine to five job.

“I spent a lot of time digesting my life up to that point and considering how I got there and wondering what I should do next. I was also in a relationship around that time and we were really getting to know each other, and I was learning so much about myself and (my partner) was really along for the ride,” said Davis. “We would be driving around and I would tell her ‘I remember one time I was right here and I wrecked my bike and a rock went through my upper lip,’ and ‘this is where I went fishing for the first time, and I caught a lot of fish there,’ things like that. And I was just thinking, man, this is a cool feeling. And it happens pretty much in every relationship. There’s a time when you go home and talk about that kind of stuff.”

How schools are coping with constantly changing landscape of COVID-19