For Many Vinton County Residents, Only Source Of Clean Water Is Outside The Home 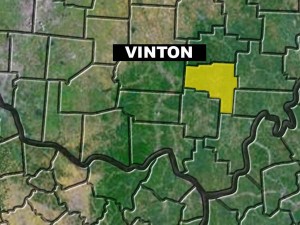 MCARTHUR, Ohio (WOUB) — Access to clean water in homes is a given for most families in the United States. In Southeast Ohio, notably Vinton County, this is not the case.

Nearly one-third of Vinton County residents do not have reliable access to clean water for drinking, cooking or bathing. Some households have access to well water, but it is not always safe to use.

“I drilled a new well that was in excess of 200 feet, however, there’s still mine runoff and sediment in the water,” said Vinton County resident James Satory. “And I clean the filters every 30 days at the latest, sometimes quicker than that.”

Satory said his neighborhood has been fighting for clean water since he moved there 21 years ago. Meanwhile, many families do not have access to any water at all in the home.

“And the ones that do have water, it’s like dirt, it’s like a muddy water,” said Mark Fout, Vinton County Commissioners vice president.

The county has been able to establish multiple water dispensaries in the area’s most populated districts thanks to federal assistance. Residents are free to transport as much water as they want at a cost of one-cent per gallon.

“We make sure that every person that wants it has access to drinkable, safe, reliable water,” said Terri Fetherolf, director of the Vinton County Development Department.

Residents of approximately 900 households are forced to get their clean water from those dispensaries. Gathering the water takes a lot of effort and time.

Residents haul tanks in pickup trucks or trailers. Fout said most residents make weekly visits to their nearest station, often with an immediate need for a drink or a bath.

Thomas Ocasio, an area resident, started his own water delivery business last year and it is running successfully.

“Within a few days of opening the company, my phone was ringing off the hook and it turned into a beast … I can’t keep up with the demand. I went from one truck to three trucks within a year and we’re still two to three weeks out if someone calls today,” he said.

The water stations are a step in the right direction but are not a permanent solution.

“It was always supposed to be a temporary fix until we could run additional water lines in this area,” Fetherolf said. But I hope we can shut them down eventually.”

She said she hopes that someday, clean water lines will run to every home in Vinton County.

The cost to run water lines directly to people’s homes will be in the millions of dollars, but Vinton County officials say they are determined to make it happen and provide residents with the clean water they deserve.

“We want to make them aware that we’re still working on this, we haven’t given up,” Fetherolf said.

The county development department is working on a cost estimate for laying more water lines. The plan is expected to be released in August, 2022. 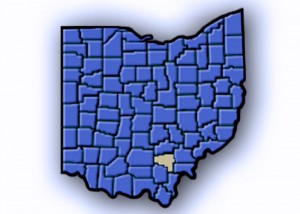 In Ohio, Videos Are Public Records But Sometimes Police Refuse To Release