Dr. Timothy Brown shares his leadership story in ‘No One Cheers for Goliath’

Currently the Dean of the Liberal Arts for Pennsylvania’s Montgomery County Community College, Dr. Brown has received over a dozen impressive accolades throughout his career — including awards from organizations such as the Frederick Douglass Institute and the Eastern Communication association. This is in addition the breathtaking chronicle of high ranking academic leadership positions Dr. Brown has fulfilled – as well as earning a Bachelor’s and Master’s in Communication Studies from West Chester University and a Ph.D. in Rhetoric and Public Address from Ohio University.

However, Dr. Brown was not always such an accomplished professional and academic.

In fact, he would end his first semester at West Chester University on academic probation — which is almost unbelievable given the heights he would come to soar in the context of the academic world. 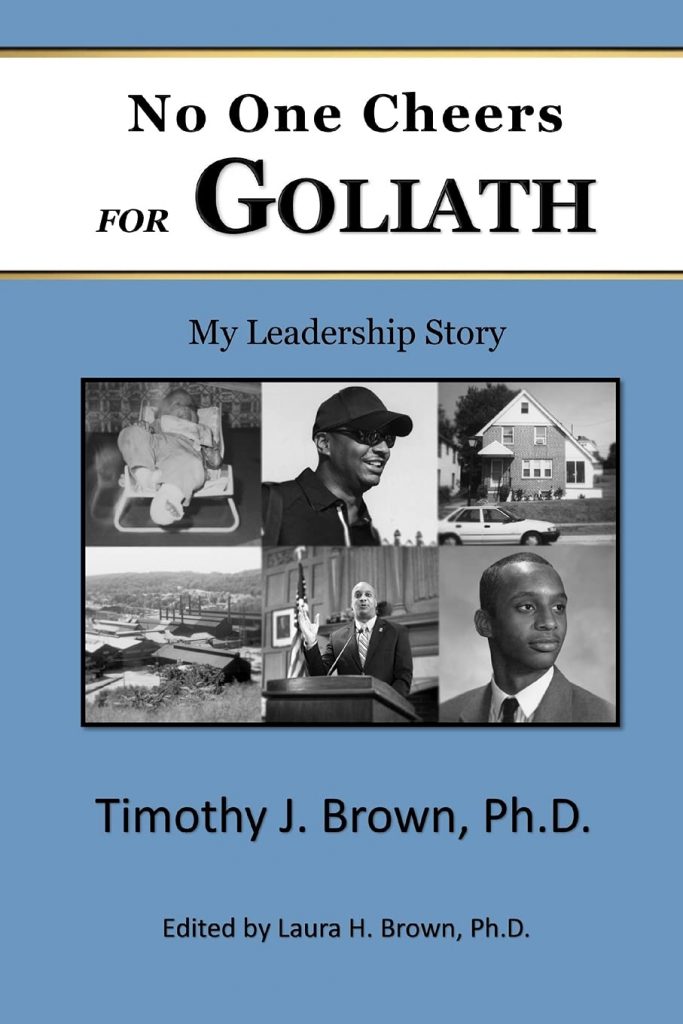 Dr. Brown tells the incredible story of his long and winding journey to becoming an accomplished academic professional and leader in his book “No One Cheers for Goliath: My Leadership Story,” published last year by Monday Creek Publishing.

Dr. Brown sat down with WOUB Culture for an interview about the book and the trajectory of his life that it illustrates, which you can hear embedded above.

Purchase “No One Cheers for Goliath: My Leadership Story” on Amazon or Barnes and Noble.

Hillary Clinton To Tap Into Voters At Jackie O’s