Join WOUB-TV in welcoming a much needed spring thaw by diving into the wide variety of programs planned as a part of our pledge event kicking off Saturday, February 26.

Below, find highlights to WOUB’s upcoming pledge programming. Find our full schedule, as well as information on encore presentations of your favorite programs at this link.

Three accomplished young singers — Emmett O’Hanlon, Conor Murphy, and Ronan Scolard — all with performance experience on stages around the world, make up the cast of Trinity. Enjoy a great evening of Irish music as these three charming and extraordinary performers sing some of the most beloved songs from Ireland’s rich musical history.

The program explains how cutting-edge neuroscience and ancient wisdom traditions can merge to provide tools accessible to anyone, anywhere, to change lives.

Starring Peter Noone of Herman’s Hermits (who WOUB interviewed just a few months ago! Listen to the segment here), Jeremy Clyde, and Gary DeCarlo, this special highlights the best pop, rock, and soul of the 1960s.

This documentary about the legendary television series, “The Lawrence Welk Show,” features footage from more than 50 years of the longest-running series on national television and outstanding archival performances by members of the Welk Musical Family, starting with the earliest days of the show. 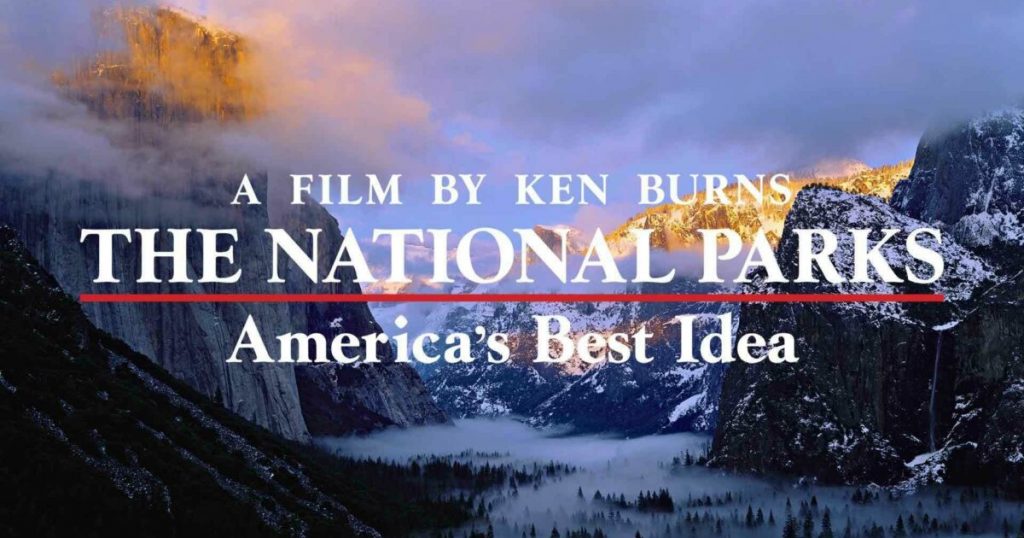 Explore the beauty and grandeur of our nation’s magnificent parks, from Acadia to Yosemite,.

Combining footage from the American Masters: Buddy Guy: The Blues Chase the Blues Away, and additional performances, the program includes interviews with Guy, who talks about his life and rich career.

From Sea to Shining Sea is a musical travelogue to some of the most breathtaking places across the country. Combining aerial and scenic 4K footage shot at national parks, historic sites and hometown locales, the program is a stunning visual portrait set to uplifting music and a diverse collection of poetry.

The history of the uniquely American horse breeds that helped shape our nation is showcased.

3 p.m. Italy Made With Love

In a time when most products are mass-produced, Italy Made with Love focuses on the people who still create remarkable items by hand. The precision, the customization, the delicate perfection, and the love for the art combine to provide unique perspectives on what keeps traditions and cultures everlasting.

Betty White’s life and career is showcased, featuring a behind the scenes look at her acting work.

Endeavour: The Evolution delves into the characters, themes and techniques that make Endeavour such a top-notch mystery.

Learn how country music responds to a nation divided by the Vietnam War, as Army captain turned songwriter Kris Kristofferson sets a new lyrical standard, and artists like Bob Dylan and the Byrds find a recording home in Nashville.

Join hosts Phyllis McGuire, Pat Boone and Nick Clooney for a nostalgic trip back to the 1950s. Return to the era’s pop music days with a mix of live performance and archival footage, including classic moments from favorite performers.

Dr. Fuhrman discusses a lifestyle in which you seek foods and recipes that are nutrient rich.

The personal finance expert provides essential advice on planning for and thriving in retirement.

Courtney B. Vance hosts this celebration of the renowned historian, author and filmmaker.

Take a musical journey through the evolution of modern American folk music, from its roots in bluegrass to San Francisco coffee houses to clubs in Greenwich Village. The Smothers Brothers and Judy Collins host.

On February 18th, 2006, The Rolling Stones performed from Copacabana Beach in Rio de Janeiro. With an audience of 1.5 million people, it was one of the biggest free concerts. While Mick Jagger, Keith Richards, Ronnie Wood and the late Charlie Watts fired on all pistons from one track to the next, the crowd met their energy, waving Brazilian and British flags while rocking out in the tropical evening sunset. This fully restored and re-mastered concert.

6:30 p.m. An Evening With Lerner and Loewe – Broadway in Concert

Join us for a musical celebration of the glamorous and witty songwriting duo, Lerner & Loewe, featuring music from their iconic canon of shows. With Maestro Luke Frazier (Frazier is an Ohio University alumnus, and WOUB had an opportunity to interview him — listen to WOUB’s conversation with him at this link) and The American Pops Orchestra.

Celebrate the 150th anniversary of the story—and the new MASTERPIECE series—with highlights from all 8 episodes, along with behind-the-scenes interviews and features. Let the adventure begin!

Join host Pam Grier in a tribute to the greatest soul hits and performers from the 1970s and 80s.

My Music Presents: the Big Band Years returns to the era of the legendary orchestras, great singers and song standards, drawing upon the most beloved melodies that kept the home fires burning and soldiers’ hearts alive during World War II. Hosted by veteran game show host and singer Peter Marshall.

Bill Would Increase The Number Of Public Defenders In Ohio