Explore the powerful stories of one of America’s most urgent health crises- “Facing Suicide” – Sept. 13 at 9 pm

Each year tens of thousands of Americans take their own lives—there were more than 45,000 deaths by suicide in 2020 alone—and many more have thoughts of suicide. Facing Suicide, a new documentary and impact campaign from Twin Cities PBS, explores the stories of Americans impacted by suicide, and journeys to the frontlines of medical and scientific research to meet those who are working to help people at risk. Timely and informative, the project aims to elevate and destigmatize the topic of suicide, empowering audiences and communities with prevention strategies. 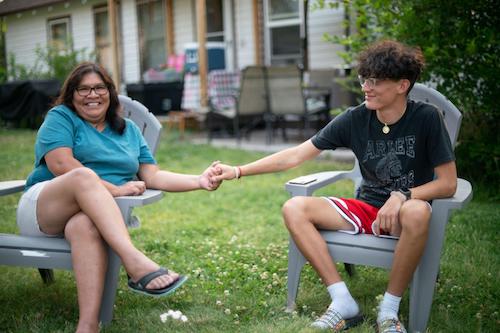 At its center is “Facing Suicide,” a compelling documentary narrated by Josh Charles (“The Good Wife”), premiering Tuesday, September 13 at 9pm on PBS. The film shares the deeply personal stories of those directly affected by suicide as well as insights from experts and researchers who are making a difference. A companion digital series, to be released on the PBS YouTube channel, works to create a space of understanding, hope, and action for young people whose lives have been touched by suicide.

“Suicide touches virtually every demographic group in the U.S., and rates have increased significantly since the late 1990s,” said Michael Rosenfeld, project lead and executive producer of the “Facing Suicide” documentary. “But experts have learned a lot about suicide in the past few years, offering insights that suggest new strategies for prevention. We explore the latest discoveries in our film, woven together with inspiring stories of hope and recovery.”

“Our mission at PBS is to serve communities with the stories and programs that help drive dialogues and engagement around critical issues impacting the nation,” said Bill Gardner, Vice President, Multiple Platform Programming and Development at PBS. “Facing Suicide is a program we believe will accomplish this as its subject is pertinent as our nation addresses an unprecedented mental health crisis. To help, we are also distributing content from this program across multiple platforms including PBS Digital Studios to reach a variety of audiences with customized content.” 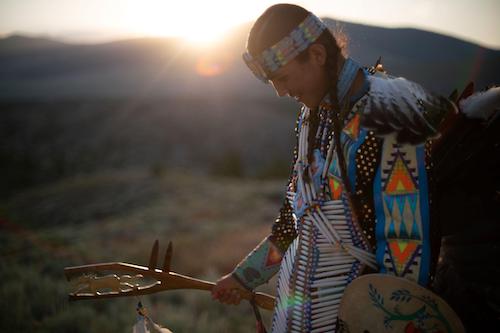 “One of the best ways to prevent suicide is to promote awareness and equip friends and family to take appropriate action to help those in need,” said Kathryn Washington, Senior Vice President of Television Content. for the Corporation for Public Broadcasting (CPB). “By funding the documentary and grants to PBS stations to create suicide prevention initiatives, we hope to destigmatize the topic of suicide and engage and support communities around this critical public health issue.”  The “Facing Suicide” documentary will introduce viewers to a diverse group of Americans who have been affected by suicide, including high school basketball champions on a Native American reservation in Montana, who responded to the suicide crisis in their community with a prevention campaign that went viral; the wife of a Midwestern farmer who is determined that she and her children will live a full and hopeful life after her husband’s death; and a Black woman in Charlotte, NC, who overcame her own mental health challenges to become a suicide prevention advocate. The film also features leading scientists, practitioners, and innovative thinkers whose discoveries in neuroscience, genetics, psychology, and other fields are revealing the true nature of the problem as well as promising solutions.

The reach of the film will be extended by a companion series produced for PBS’s YouTube and streaming platforms. The digital series, premiering September 7, is hosted by Shani Tran, a Licensed Professional Clinical Counselor who has worked with clients dealing with self-harm and suicidal ideation across communities and demographics. Each episode features young adults who have attempted or contemplated suicide describing how they found the support and hope they needed to recover. Through their reflections, they reveal the power of friends and peers to recognize the warning signs, reach out, and help.