Follow ecological crusaders protecting one of Asia’s tourist hotspots in “Delikado” on POV, Sept. 26 at 10 pm

POV, the critically acclaimed PBS documentary series, announced the acquisition of environmental thriller Delikado as part of its upcoming 35th season. The film, which premiered April 29 at the 2022 Hot Docs Canadian International Documentary Festival, is the directorial debut of award-winning journalist Karl Malakunas. Delikado is produced by two-time Emmy nominees Marty Syjuco and Michael Collins (POV’s Almost Sunrise, Give Up Tomorrow), as well as Kara Magsanoc-Alikpala. 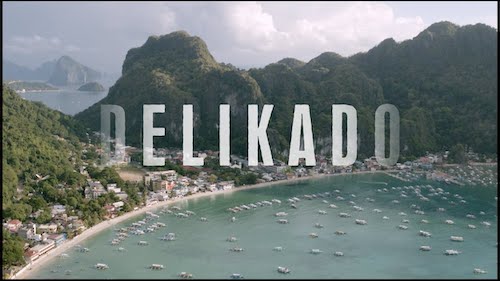 Delikado takes place in the Philippines on the island of Palawan, a UNESCO World Heritage site with one of the oldest, largest and most diverse rainforests in the world. It is also the country’s “last ecological frontier” and one of the deadliest places for land defenders in the world, next to Brazil, the Congo and Colombia. The film follows three magnetic leaders – a charismatic lawyer, an ex-illegal logger, and a fearless politician – as they work with indigenous communities trying to save their increasingly valuable natural resources from being plundered.

Delikado also offers a unique exposé of President Rodrigo Duterte’s “war on drugs” in the Philippines, which has claimed thousands of lives – showing it chiefly as a tool for Duterte and his allies to control the levers of economic and political power.

“A land defender is killed every two days around the world as they strive to protect their local environments from being destroyed by politicians and powerful business figures. In Delikado, we show the inspirational battles of three land defenders trying to stop an island paradise in the Philippines from being plundered. I can’t imagine better partners and platforms than POV and PBS to bring the incredible stories of Delikado’s subjects – Bobby, Tata and Nieves – into homes across America.” said Delikado director Karl Malakunas. 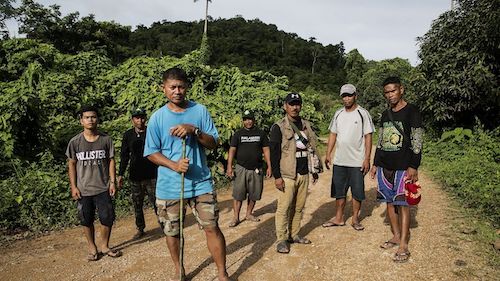 “These activists illustrate, in no uncertain terms, the stakes of the battle for our environmental resources,” said Chris White, executive producer of POV. “I am grateful that this team of talented filmmakers are bringing these heroes to the public eye, with a clarion call for collective outrage and action.”

Delikado is a Thoughtful Robot, Narravi Films, ITVS, and American Documentary | POV co-production in association with Naked Edge Films and Felt Films. Karl Malakunas is the director. The producers are Malakunas, Kara Magsanoc-Alikpala, Michael Collins, and Marty Syjuco. Collins and Syjuco’s previous projects premiered on POV, including Emmy-nominated Give Up Tomorrow and Almost Sunrise. Executive Producers include Daniel J. Chalfen and Laura Nix as well as Sally Jo Fifer for ITVS, and Erika Dilday and Chris White for American Documentary | POV. The Delikado deal was negotiated by Chris White and Erika Dilday for American Documentary | POV and Isaac Hager, Focus Media Law Group, for the filmmaking team.

The life of Nero and what history may have gotten wrong “The Nero Files” on SECRETS OF THE DEAD – Nov. 11 at 10 pm

A riveting four-part drama set in a colorful but tumultuous time on “Ridley Road”, on MASTERPIECE, Starting May 1 at 9 pm

Where do Mike DeWine and Nan Whaley stand on the details of future abortion proposals?