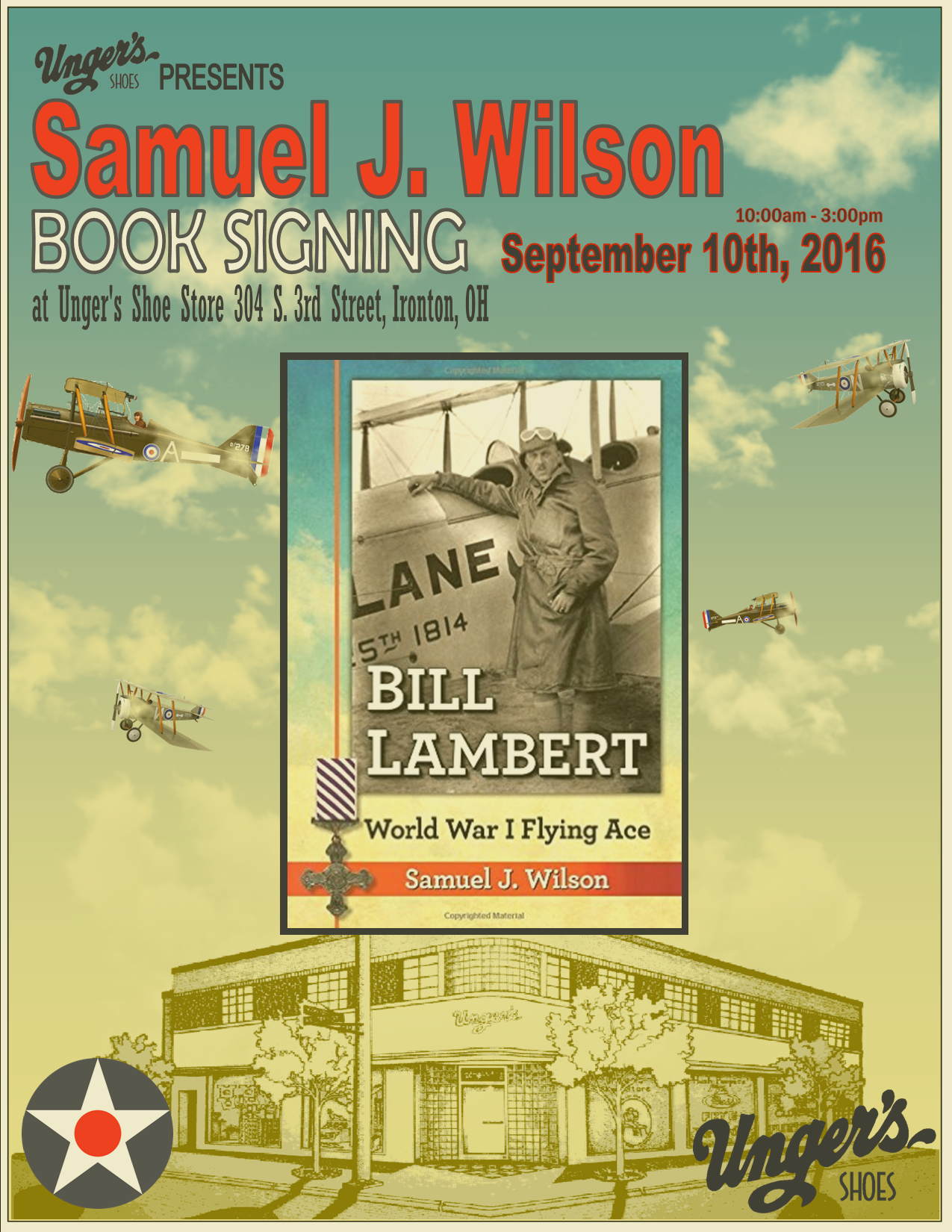 World War I fighter pilot and Ironton native William “Bill” C. Lambert was a man, “who lived on the edge of greatness, but could never quite get there.” This is how history professor and author Samuel J. Wilson, Ph.D., describes the subject of his new book, Bill Lambert: World War I Flying Ace.

From late March to mid-August 1918, Lambert served as a fighter pilot for the Royal Air Force in what would come to be known as the “Great War”: World War I. When he was hospitalized as a result of shell shock and burst eardrums, Lambert’s 22 kills of enemy aircraft were the highest number of any American pilot in the war. By the Armistice, Lambert’s total would be surpassed by Eddie Rickenbacker, the former race car driver from Columbus, Ohio.

Wilson’s biography is a scholarly examination of Lambert’s entire life, which is described by the author as that of, “a distinct individual who took part in a war that destroyed individuality and served to define him for the rest of his life.”

“The book helps explain how war can define an individual’s existence.”

A number of lectures, interviews and book signings have been scheduled — and others are being planned throughout the region. Those scheduled include: Empire Books in Huntington on Friday, Sept. 9, at 10 a.m.; Unger’s Shoe Store in Ironton on September 10, from 10 a.m. until 3 p.m.; Bossard Library in Gallipolis on Sunday, Sept. 11, at 1 p.m.; and, at the Briggs Lawrence County Library in Ironton on Friday, September 23, at 1:00 p.m.