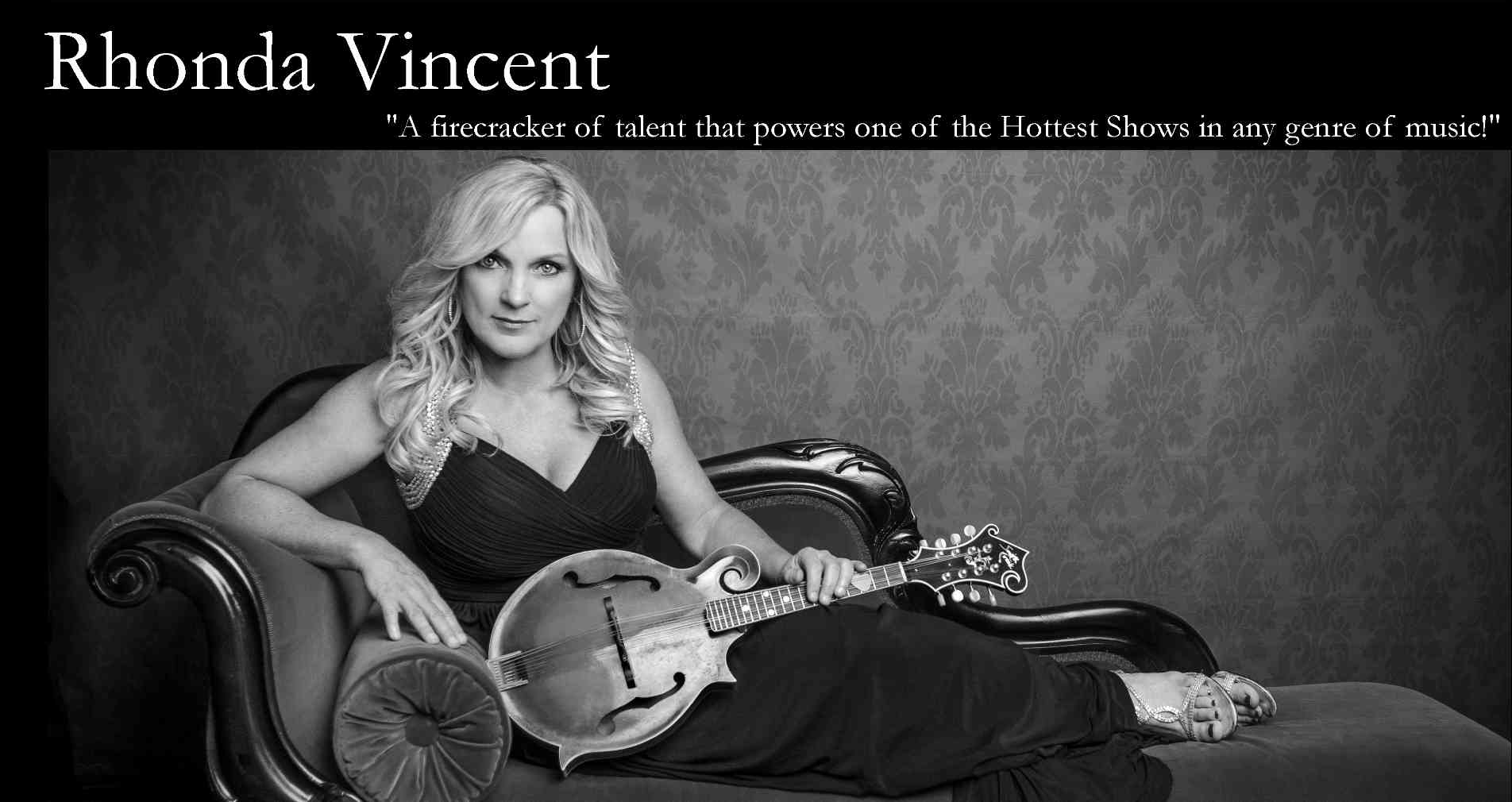 Stuart’s welcomes back Bluegrass legend Rhonda Vincent and her band The Rage for a special Sunday Bluegrass Matinee! Rhonda Vincent’s career spans 24 albums and she has worked with everyone from Dolly Parton and George Jones to Faith Hill. She has received over 40 awards including an unprecedented 8 consecutive Female Vocalist of the Year awards from the International Bluegrass Music Association and 6 Grammy nominations. And if you add in her band The Rage they emerge as the most awarded band in Bluegrass music with over 100 awards.
Famously crowned as “The New Queen of Bluegrass” by the Wall Street Journal, and the most decorated artist in that field. Vincent’s music incorporates savvy contemporary touches while drawing deeply from the authentic traditions of classic bluegrass, with a flawless band that can execute break-neck instrumentals to heart wrenching ballads. Vincent has also performed and recorded with the best of the best, including Dolly Parton, Willie Nelson, Keith Urban, Alan Jackson, Faith Hill, Martina McBride, Daryle Singletary, Richard Marx, Hank Williams Jr and more. While being a 15-time “Entertainer of the Year,” Vincent has established herself as one of the most visible, best-selling artists in the genre, whose cross-over appeal stretches well into the mainstream media.