You are viewing the "Child Services" Archives 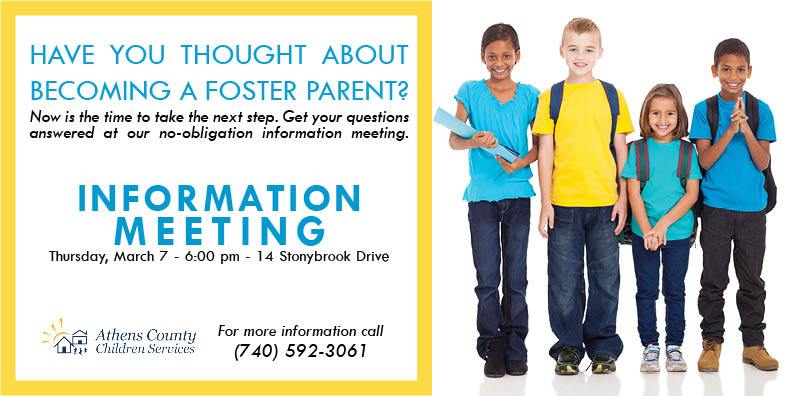 Are you are interested in learning more about parenting opportunities through foster care and adoption? Attend this information meeting at Athens County Children Services and get your questions answered. There is no obligation to move forward. Light refreshments will be provided.

Gov.-elect Mike DeWine has said children’s initiatives are a top priority. But one group that advocates for kids says it’s going to push him to prove that in the upcoming state budget. 3,500 more kids are in children services custody now than were five years ago, and during that time there’s also been a 92… Read More