You are viewing the December 22, 2011 daily archives

Leading up to the Milton Keynes game we had discussed our need to put teams away when we had them down. Finishing games and owning the fourth quarter would be a goal that we needed to master in order to achieve the goals we had set out for ourselves. "Barber Town" had expressed interest in… Read More

Family Healthcare and Tri-County Mental Health and Counseling Services are joining forces. The two announced today "their intent to formally consolidate their two organizations." The idea is "to strengthen the health care safety net and to improve access to quality care for our communities." Family Healthcare – based in Chillicothe – provides primary care, pediatrics… Read More

When I was asked to do this, I was told that I didn’t have to pick music released in 2011 – that I could include music I discovered in 2011 – so that’s what I’m doing. In fact, only a few of these albums are from 2011. It’s a crazy joy to discover and rediscover… Read More

A new face and new hours for the Athens County Extension Office. The new person coming on board in January is Hal Kneen. Kneen will take the position currently held by Rory Lewandowski — Extension Educator. But Kneen will only be working here half time, retaining his half time position in Meigs County. Lewandowski cut… Read More

Children living in Trimble township may have a brighter future thanks to a nearly half-million dollar federal grant. The U.S. Department of Education announced the award of $468,000 to Ohio University to be directed to the Promise Neighborhood Trimble project, as a part of its Federal Promise Neighborhoods program launched in 2010. The grant will… Read More

New information from the U.S. Census shows Ohio's population is growing, but at a very slow pace. According to estimates released Wednesday, the state added about 8,450 people from April 2010 to July 2011. That's an increase of just 0.1 percent, putting the state in 48th place for growth. Washington, D.C., grew faster than any… Read More 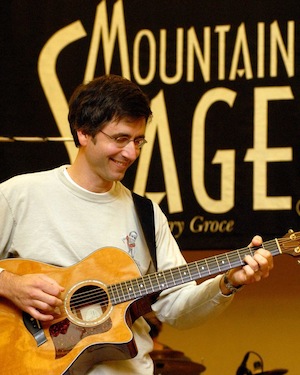 I normally don’t make New Year’s resolutions. When I do, I don’t usually keep them, but I did for 2011. Just one, and that was to not download anything that I had already purchased on CD, LP, cassette or even 8-track (yes, 8-track). I listen to 99% of my music via my smart phone. I… Read More