Andrew Alexander, former ombudsman for the Washington Post and former Washington bureau chief for Cox Newspapers, states that the media have epic struggles ahead in covering our new President Donald Trump.

However, he believes media should attack their jobs “fearlessly” and traverse this uncharted media landscape with impartiality and gusto.
Alexander notes that there has always been an adversarial relationship between the President and the media covering him. But, this time there are notable differences and the gulf appears wider.

Given President-elect Trump’s social media prowess, he can bypass traditional media and go directly to his 15 million followers with messages and comments. Past Presidents have not utilized social media in such a pervasive way. As a result, some people rely less on mainstream media and more on tweets and posts from the President himself.

Also, there are more media outlets today that ever in our history and fake news is threatening people’s ability to discern truth from fiction.
Alexander also notes that we seem to be in a “post-truth” period where fact-checking and noting the President-elect’s falsehoods has little impact on the general population’s perceptions.

He feels that despite set-backs during campaign coverage and general mistrust by many people of the press, that the media must play a vigilant watch-dog role during the Trump Administration and be even more vigilant than in the past.

Alexander also expressed grave concern that “press-baiting” by President Trump and the possible weakening our laws protecting a free and robust media will embolden repressive regimes around the world to take even more repressive actions against the international press corps. 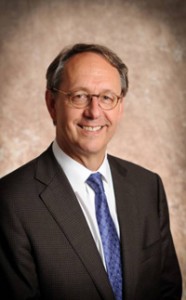