PBS announced that the Webby Award-nominated PBS Online Film Festival will return for a sixth year July 17 – July 28, 2017, featuring 25 short-form independent films from POV and a broad spectrum of public media stations and partners. The PBS Online Film Festival is part of a multi-platform initiative to increase the reach and visibility of independent film on PBS and its member stations, and to promote unique, diverse content on the web. The PBS Online Film Festival showcases powerful and engaging stories from filmmakers across the country. The festival has become a popular annual online event, attracting more than 4.5 million views since the first festival in 2012. 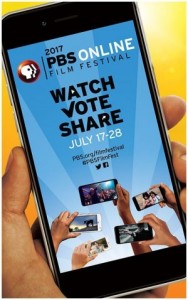 Beginning July 17, the Festival will be available via PBS and station digital platforms including PBS.org, YouTube and PBS social media channels. The films will also be available via the PBS app on iOS, Android, Apple TV, Roku and FireTV devices.

“PBS and its member stations are thrilled to kick off another year of excellent independent films,” said Ira Rubenstein, Chief Digital and Marketing Officer, PBS. “The PBS Online Film Festival provides PBS and its member stations the opportunity to provide a diverse group of independent filmmakers a chance to share their stories with a highly engaged audience. This year brings another impressive lineup of powerful and moving films that will transform perspectives and encourage important conversations.”

Short films featured in the PBS Online Film Festival include:

“It Is What It Is”
Digging deep into family history for answers to questions about his identity, Cyrus finds some things might be better off left in the past.

“Periphery”
A woman gets a new lease on life when she meets someone less fortunate.

“Guns on Campus”
Fifty years after the first recorded mass shooting in U.S. history took place at the University of Texas in Austin, a new “campus carry” law allows people to carry concealed handguns on all public university campuses in Texas.

“The Secession”
A story about two Texas boys, a secession, and egg rolls.

“U R a Dial Tone”
A sign language interpreter is emotionally and physically sucked into her clients’ lives.

“Lockbox”
A girl receives a mysterious gift that will unravel secrets from the past. 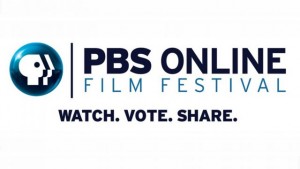 “Last Light”
On the verge of her mother’s death, Addie returns home to shed light on her dark past.

“Si”
Si, a temperamental six-year-old, gets a goldfish after begging for a puppy.

“Dad”
In the course of a difficult day, Maria, a creative young girl, and her hardworking father must discover a way to mend love and memories while confronting loss.

“Kojo”
A short profile piece that showcases the charismatic and talented drummer Kojo Odu Roney. In this exclusive interview Kojo offers his thoughts on Jazz, being home-schooled, traveling and his biggest influence, his father Antoine Roney.

“You Can Go”
A high school administrator talks down a troubled student.

“Maria”
When a family crisis strikes, an ailing Polynesian matriarch must find the strength to lead her family one last time.

“Our Voices Are Rarely Heard”
A visceral snapshot of how inmates survive solitary confinement.

“Black Hills Canyon Skating”
While the Black Hills of South Dakota may lack the elevation and snow that makes for skiing, they make up for it with ice-providing intrepid winter explorers with miles of canyon streams on which to ice skate.

“SunGhosts”
A mini-documentary about SunGhosts, an up and coming indie rock band from Miami.

“Rogue Taxidermy Artist Sarina Brewer”
From goats with fishtails to cats with wings, Sarina Brewer celebrates animals in her art.

“The Collinwood Fire”
A news reporter and a filmmaker turn a 1908 elementary school fire into a media sensation.

“State Trooper”
A prisoner acts out his guilt, anger, and fear through dance.

“Legacy”
Nikki Lowe’s journey of being a mother, daughter, sister, and Native warrior.

“Our Nation”
An African-American boy in Norfolk, VA in 1915 confronts racism in The Birth of a Nation.

“Little Man”
An animated spoken-word piece that tells Steven Rodriguez’s experiences of being an elder brother, son of a drug addicted mother and struggling but dedicated college student.

“Finding America: The Fresh Prince of Anacostia”
Kymone Freeman keeps his D.C. neighbors strong by helping them tell their stories.

About PBS
PBS, with nearly 350 member stations, offers all Americans the opportunity to explore new ideas and new worlds through television and digital content. Each month, PBS reaches nearly 100 million people through television and nearly 28 million people online, inviting them to experience the worlds of science, history, nature and public affairs; to hear diverse viewpoints; and to take front row seats to world-class drama and performances. PBS’ broad array of programs has been consistently honored by the industry’s most coveted award competitions. Teachers of children from pre-K through 12th grade turn to PBS for digital content and services that help bring classroom lessons to life. Decades of research confirms that PBS’ premier children’s media service, PBS KIDS, helps children build critical literacy, math and social-emotional skills, enabling them to find success in school and life. Delivered through member stations, PBS KIDS offers high-quality educational content on TV – including a new 24/7 channel, online at pbskids.org, via an array of mobile apps and in communities across America. More information about PBS is available at www.pbs.org, one of the leading dot-org websites on the internet, or by following PBS on Twitter, Facebook or through our apps for mobile and connected devices. Specific program information and updates for press are available at pbs.org/pressroom or by following PBS Pressroom on Twitter.