THE SULTAN AND THE SAINT
PREMIERES TUESDAY, DECEMBER 26 ON PBS

The Story of How St. Francis of Assisi and the Sultan of Egypt
Waged Peace

THE SULTAN AND THE SAINT, a new film from Unity Productions Foundation, tells the little-known story of St. Francis of Assisi and the Sultan of Egypt, Muhammad Al-Kamil, two charismatic men of different faiths who met on a bloody battlefield and found common ground. In 1219, during the height of the Crusades — the bitter religious war between Muslims and Christians — St. Francis risked his life in an attempt to bring peace. What he encountered when he crossed enemy lines was a Muslim leader who welcomed him, listened with respect, and who ultimately responded with one of the greatest humanitarian acts in the history of warfare. Narrated by Jeremy Irons, THE SULTAN AND THE SAINT combines sweeping drama with historical context from authors and religious scholars to create an inspiring and timely story of peace and reconciliation. Written and directed by Alex Kronemer, THE SULTAN AND THE SAINT premieres on Tuesday, December 26, 2017, 8:00 PM on WOUB. 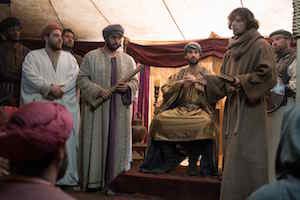 The fact that the Sultan of Egypt and a Catholic friar would have a respectful spiritual exchange during the Crusades is nothing short of miraculous. By the time the two men met, Christians were on their Fifth Crusade, fighting a holy war to reclaim Jerusalem after five centuries of Muslim rule. To motivate men to travel to faraway lands and engage in bloody conflict, Christian leaders stoked religious fervor and hatred of the enemy. “Destroy that vile race,” wrote Pope Urban II in his letter of instruction to the first crusaders. “Those who refuse to pay Him the servant’s service that they owe Him will justly deserve to suffer a sentence of damnation.”

“The crux of the Crusades — the reason so many were willing to sacrifice their lives — lay in a belief, spread among armies, that vanquishing the enemy was a religious obligation,” said director Alex Kronemer. “To persuade them further, political and religious leaders preached lies and dehumanized the enemy, tapping into something primal and dangerous.”

In 1218, the Fifth Crusade launched an attack on Damietta, Egypt, a fortress city at the mouth of the Nile, where fate would bring the Sultan and the Saint together. Francis, who had been preaching the Gospel and growing his movement across Europe, decides to bring his message of peace to the Crusades, and in 1219 travels to Egypt with a fellow friar, Illuminato.

“Francis tells us that he clearly heard God asking him to be a peacemaker in this world, a peacemaker in the manner of Jesus Christ,” says Catholic scholar Kathleen Warren. “Francis realized that the message he was given to promote peace in the world necessitated him going to the Muslims.”

As the battle over Damietta rages, Francis has a plan: end the crusades by preaching the Gospel and converting the Muslim army. Crossing the corpse-strewn battlefield, Francis and Illuminato are intercepted by guards. When Francis explains that they come in peace, guards escort them to the Sultan’s tent, where Al-Kamil offers them food and allows them to stay in the Muslim camp. 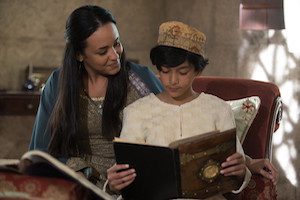 “I think that Francis must have been surprised at what he experienced among the Muslim people because the popular notion was that Muslims were heathens,” says Warren. “Francis would’ve heard the call to prayer five times a day,” adds Michael Cusato, Professor of Franciscan Studies at St. Bonaventure University. “I believe, in watching Muslims pray, men and women, five times daily, that it really struck Francis unexpectedly. I don’t think he was expecting to see this, to know this, but I think it profoundly moved him.”

When Francis returns to the Crusaders and reports how he has been treated, the Pope’s emissary, Cardinal Pelagius, is unmoved, continuing the Crusade and heading towards Cairo. Francis falls ill and returns to Italy, profoundly changed. “The biggest indication that Francis was changed by his encounter with Sultan Al-Kamil is that he rewrote the rule of his order, its code of conduct, its constitution really, to say to his friars that you can go and live in peace among Muslims,” says Paul Moses, author of The Saint and the Sultan: The Crusades, Islam and Francis of Assisi’s Mission of Peace.

The Crusaders march on but make the fatal mistake of setting up camp on the flood plain of the Nile. Al-Kamil orders the river’s sluice gates opened and floods the land, sinking the Crusaders and their horses into mud and muck. Surrounded by the Muslim army with no escape, the Crusaders face starvation and certain death. But against the advice of his generals — who tell him to go for the kill — Al-Kamil orders food to be delivered to the Crusaders. “The sultan was moved by such compassion that for many days he freely fed us as we were dying of hunger,” wrote Oliver of Paderborn, a Crusader present in Egypt. “Who can doubt that such kindness, mildness, and mercy proceeded from God?” The crusaders surrender control of Damietta and return to Europe.

Al-Kamil’s act of humanity did not end the Crusades, but marked the beginning of the end of the conflict. People were not as anxious to fight as they were “no longer convinced that Islam was the implacable enemy of Christendom,” says medieval scholar Helen Nicholson.

Francis continued to write about a loving and forgiving God, in language remarkably similar to the way that Muslims invoke the 99 Beautiful Names of God. He died in 1226, seven years after Damietta. Two years later the Church declared him a saint. Al-Kamil ruled for 20 more years; his reign was marked by fairness towards the Christians of Egypt.

THE SULTAN AND THE SAINT was filmed on location on Assateague Island, a barrier island off the coast of Maryland. The filmmakers transformed the national seashore into the port city of Damietta, located at the mouth of the Nile in Egypt. Hundreds of locals were clad in medieval armor and handed spears and swords to become clashing Crusaders and Muslim armies. Interior shots were filmed on a set constructed in an old cork factory in Baltimore. Computer-generated imagery enhanced and brought additional realism to the battle scenes.

Logan Triumphs Over Athens in Shootout