‘The Cake’: a Comedy About The Other, Fear, and True Belief

Based on a myriad of current events – the least of which is not the phenomenon of “The Great British Bake Off” – “The Cake” is a very new theatrical production written by Bekah Brunstetter of “This Is Us” and “American Gods” fame, which will be produced by Ohio University’s Tantrum Theater June 6 through June 24.

The work examines what happens when an otherwise perfectly amiable baker finds her conservative beliefs challenged by being tasked to craft a wedding cake for a friend’s queer daughter. WOUB’s Emily Votaw spoke with the director of the production, Shelley Delaney, as well as Merri Biechler, who is playing the role of the aforementioned baker, Della, and Ohio University Acting program alumna Kelsey Rodriguez, who is playing the part of Macey, one of the brides just looking for a gluten-free cake. 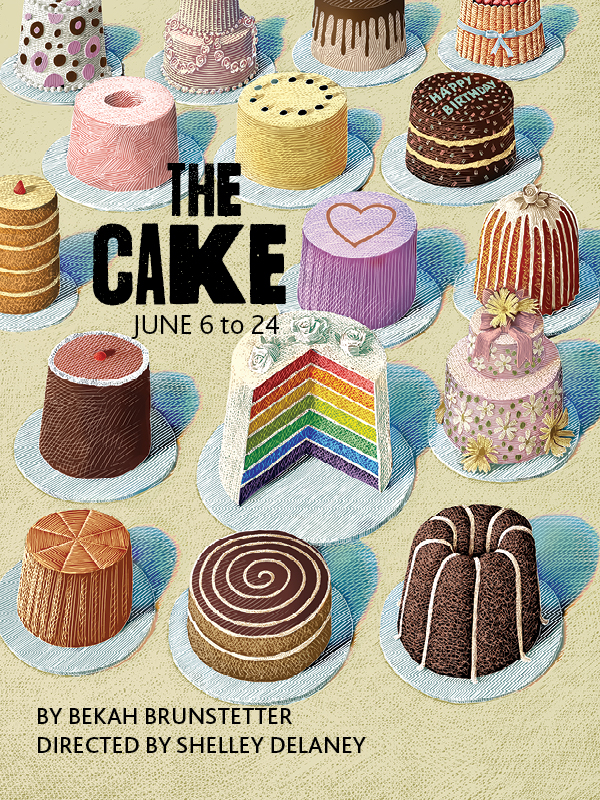 “The Cake” opens on Wednesday, June 6 at the Abbey Theater (in the Dublin Community Recreational Center located at 5600 Post Road, Dublin, OH) with a 7:30 p.m. pay-what-you will preview. find the entire schedule here.