July 27-28 the Big Bend Blues Bash will bring a variety of impressive contemporary blues acts to downtown Pomeroy to perform on the banks of the Ohio River. This year acts include Angela Perley and the Howlin’ Moons, Dwayne Dopsie and the Zydeco Hellraisers, Noah Wotherspoon, Chris O’Leary, Sean Chambers, and more. The festival also features a craft brew element, featuring the likes of Athens’ Ciderhouse, Jackson’s Sixth Sense, and others.

WOUB’s Emily Votaw spoke to Jackie Welker, the owner of Pomeroy’s Court Street Grill, as well as the executive director of the Big Bend Blues Bash, about his upcoming celebration of the American arts form that is the blues. 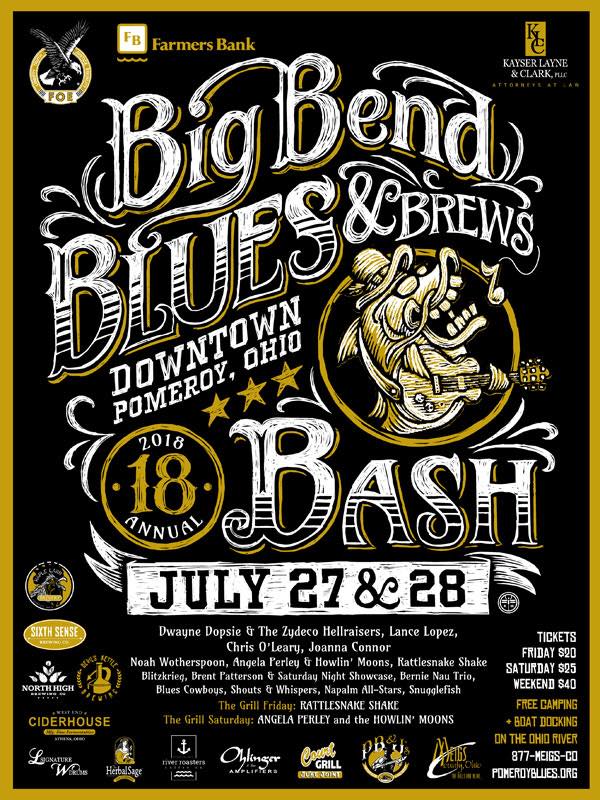 Up Around the Bend: Pomeroy Blues Fest Returns this Weekend