THE WOMAN IN WHITE, a new television series adapted from the 19th century mystery novel by Wilkie Collins, will air on PBS beginning Sunday, October 21, 2018, 10:00-11:00 p.m. ET through November 18 and will stream nationally on PBS.org 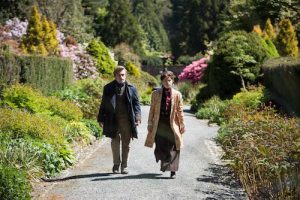 THE WOMAN IN WHITE begins when Walter Hartright, a young drawing master, encounters a spectral woman dressed all in white on a moonlit road on Hampstead Heath. After offering his assistance to the strange woman, he is shocked to discover that she has just escaped from a nearby insane asylum. The encounter draws him into a web of mystery and deception that transforms his life forever.

Shortly afterwards, Walter takes up a teaching position in the Cumbrian village of Limmeridge. There, he meets his pupils – th 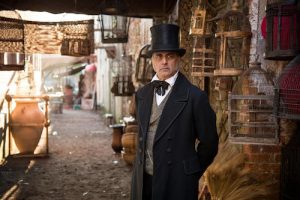 e clever, bold Marian Halcombe and the beautiful, sweet-natured Laura Fairlie. Over the next few weeks, Walter and Laura form a strong attachment for one another. However, she is promised in marriage to Sir Percival Glyde, a charming local baronet with a secret he will do anything to protect.

Soon after the wedding, Glyde’s true nature begins to emerge and Laura is placed in a precarious situation. Marian and Walter race to rescue Laura and expose Sir Percival and his past.

THE WOMAN IN WHITE is executive produced by David M. Thompson of Origin Pictures and Mona Qureshi of the BBC. The series is produced by Sarah Curtis, directed by Carl Tibbets and adapted by writer Fiona Series. The Woma 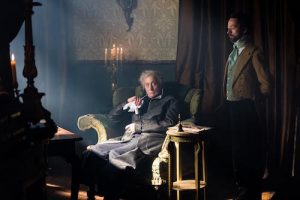 n in White by Wilkie Collins was written in 1859, and was a commercial success and cultural sensation at the time. It is widely considered to be among the first mystery novels.

Full episodes of THE WOMAN IN WHITE will stream for free simultaneously with each broadcast and be available for two weeks on all station-branded PBS platforms, including PBS.org and PBS apps for iOS, Android, Roku, Apple TV, Amazon Fire TV and Chromecast.

THE WOMAN IN WHITE will be available on DVD and Blu-ray from PBS Distribution and can be purchased at ShopPBS.org. The series will also be available for digital download.

Medical Board OKs up to $200K to Review Sex Misconduct Cases