Features U.S. broadcast premieres of the four-time Tony-winning stage adaptation of “An American in Paris The Musical,” the U.K. live production of
“The Sound of Music” and new documentaries about John Leguizamo’s Tony-nominated play “Latin History for Morons”
and Broadway icon Harold Prince 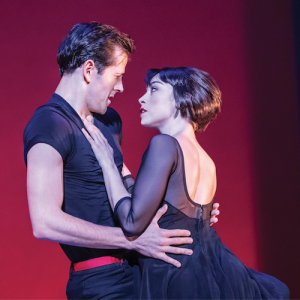 mances presents more of the Great White Way’s brightest stars with a new “Broadway’s Best” lineup premiering Fridays, November 2-23 at 9 p.m. on PBS. Returning for a second year, this year’s lineup includes the beloved musicals “An American in Paris The Musical,”  “The Sound of Music,” as well as documentaries about the making of John Leguizamo’s Tony-nominated play “Latin History for Morons” and 21-time Tony-winning director and producer Harold Prince. All programs will be available to stream the following day via pbs.org/gperf and PBS apps.

Great Performances: An American in Paris The Musical

Described as an extended symphonic tone poem, George Gershwin’s 1928 composition “An American in Paris” was commissioned by conductor Walter Damrosch and rapidly became one of his most famous compositions. The 1951 MGM film starring Gene Kelly was inspired by Gershwin’s score and became one of the studio’s most acclaimed and famous movie musicals, winning six Academy Awards. In 2015, Paris finally came “home” to Broadway in a thrilling n

ew stage adaptation of the film, directed and choreographed by dance wunderkind Christopher

Great Performances is produced by THIRTEEN Productions LLC for WNET, one of America’s most prolific and respected public media providers. Throughout its mor 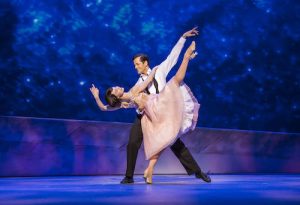 e than 40-year history on public television, Great Performances has provided viewers across the country with an unparalleled showcase of the best in all genres of the performing arts, serving as America’s most prestigious and enduring broadcaster of cultural programming. Bill O’Donnell is series producer and David Horn is executive producer.

For An American in Paris The Musical: Music and lyrics by George Gershwin and Ira Gershwin, book by Craig Lucas, directed and choreographed for the stage by Christopher Wheeldon. Directed for the screen by Ross MacGibbon and produced by Joshua Andrews, Stuart Oken and Austin Shaw.

Enjoy the Musical about Feuding Clerks who are Romantic Pen Pals; “She Loves Me” on Great Performances, July 24 at 9