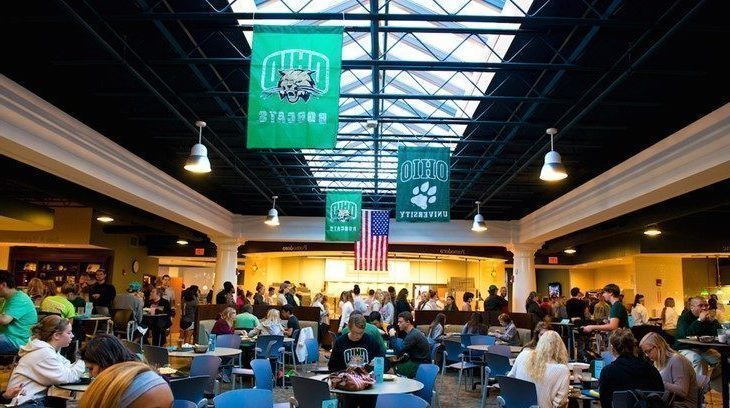 An Added Charge to an Already Expensive Meal Plan

ATHENS, Ohio- Ohio University has begun charging 50 cents for to-go boxes. The boxes, which had been included in the meal-plan fees, can be substituted for the reusable $5 Preserve2go box.

The Preserve2go boxes were rolled-out as an experiment in the Spring of 2018. Of 300 students tested, 85 percent said they liked the program and thought the school should allow every student the opportunity to participate.

Students pay a one-time charge of $5 for the container and can use it for the rest of the school year. Students do not have to wash their container. Each time a student goes to the dining hall they can return their Preserve2go for a clean container. If he or she doesn’t plan on dining out that day they are given a keychain and the next time they plan to dine-out they exchange the keychain for a Preserve2go container.

Some students, like freshman Tawney Walker voiced their frustration with the new program because they feel it’s just another way for the University to take student’s money.

“I feel like they should still be free because we’re paying this much for every meal plan,” she said. “Why wouldn’t we be able to get a box for free.”

Others, though like the program because they don’t have to dine-in and are say they are helping the environment.

The goal of the program is to not only save the Ohio University money, but also reduce the number of to-go boxes heading to the landfill.

A meeting will be held November 13 at 4 p.m. in Culinary Studio Jefferson marketplace for feedback of the program. Anyone can attend.