Coal Towns Were Counting On Tourism For New Jobs. Then Coronavirus Hit.

For the tanned Currey, who also owns an industrial real estate company, being here, on the river, is as good as it gets. His goal is to share this slice of paradise with as many people as will listen.

“Outdoor adventure is where the new world is as far as new tourism opportunities,” Currey said. “And rivers are cheap. We own them. They’re available once they’re cleaned up, you know, they’re an ideal platform to bring people from all over the United States to come.” 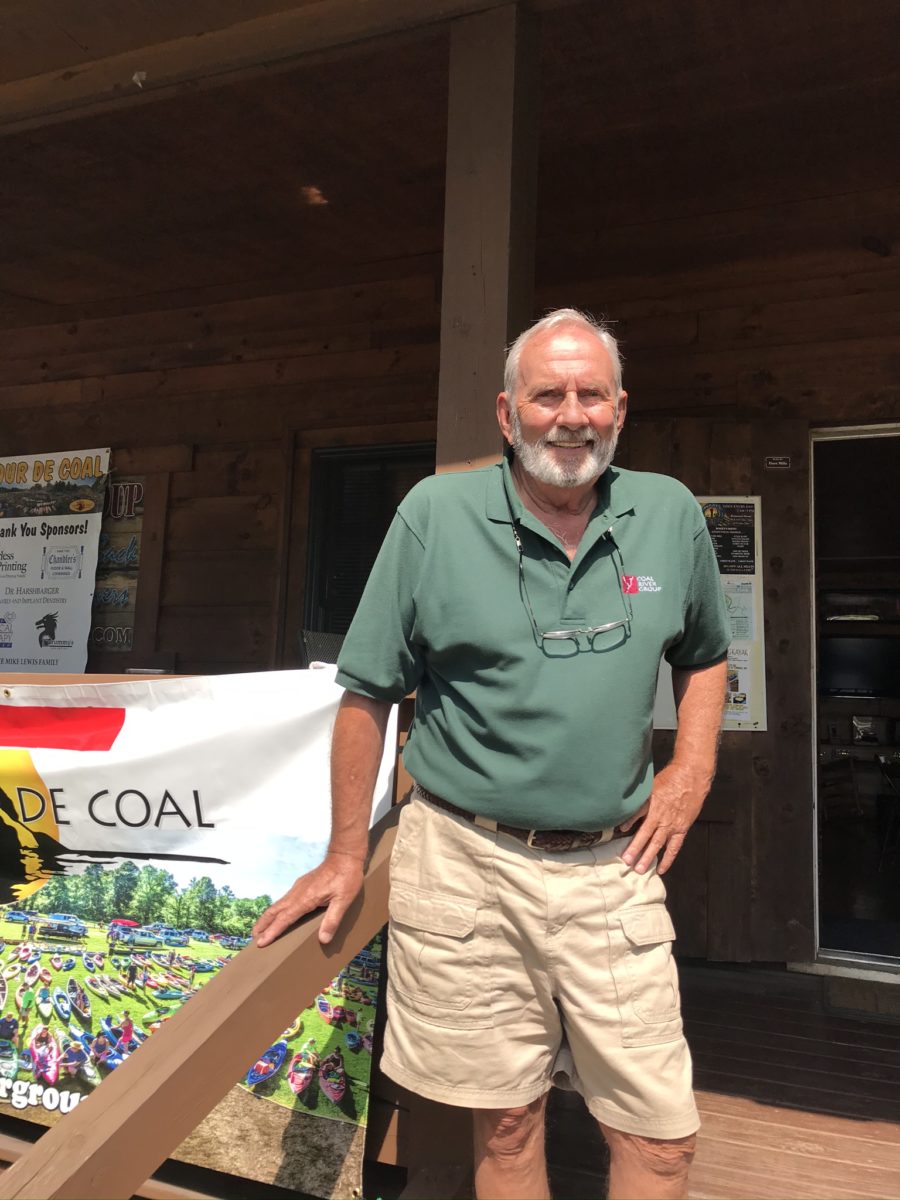 But the idea of spending the day kayaking down the 88-mile long Coal River in southern West Virginia was not always so appealing.

Coal was first found on the banks of the Coal River in the mid-1800s, and it’s been mined in these rugged mountains ever since. In 2012, the Coal River was labeled one of the most endangered in the country by conservation group American Rivers, largely due to pollution from the industry from which the river takes its name.

Currey helped found the nonprofit Coal River Group, which has been dedicated to cleaning up the watershed for 16 years.

“These beaches are going from black, they used to be covered with coal, to white, and they’re beautiful,” he said. “That’s been a big improvement.” 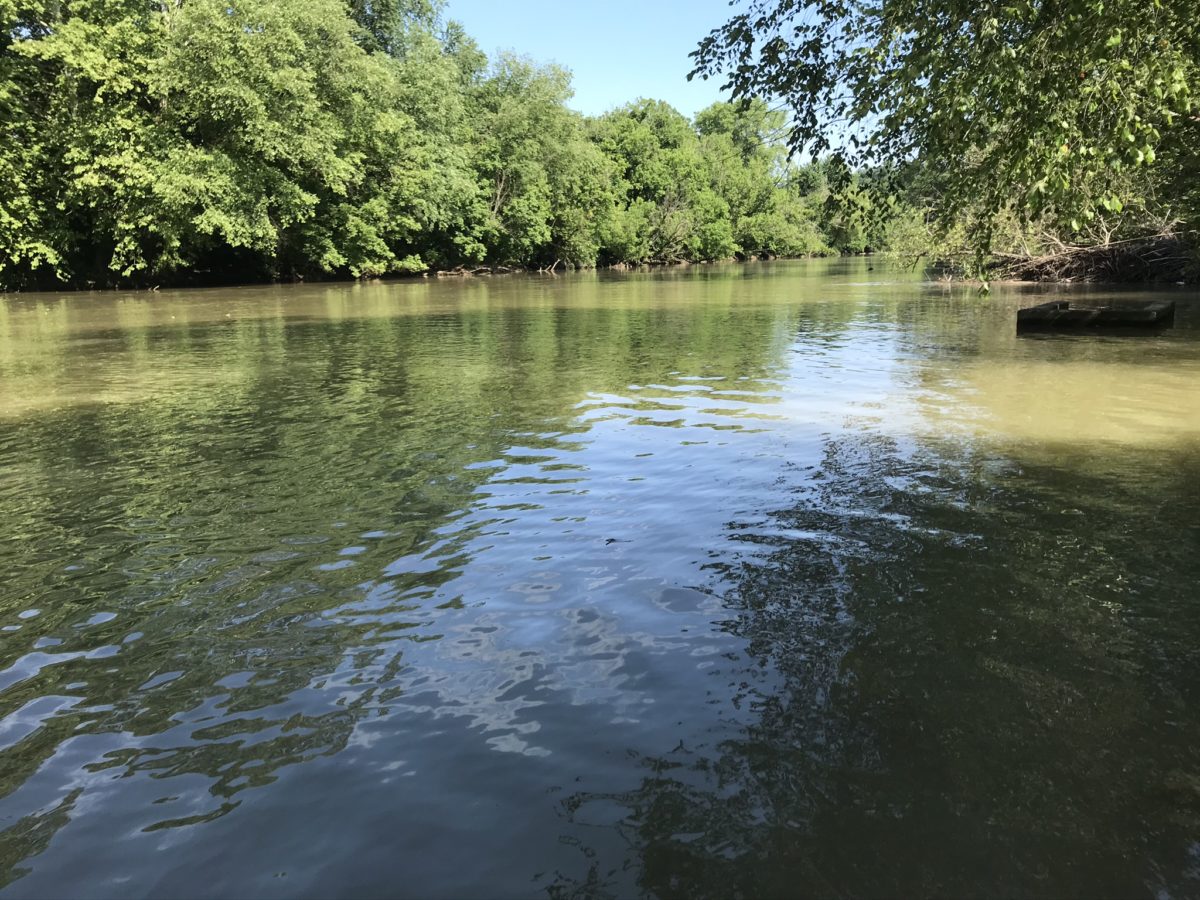 The Coal River in southern West Virginia, made up of the Little and Big Coal Rivers.

And now that the river is clean, Currey and others in southern West Virginia are hoping the region’s natural beauty can help revitalize an area long dependent on coal. They’re betting on a different natural resource — outdoor recreation and tourism.

It’s an idea gaining traction across the Ohio Valley, where many coal communities are diversifying their local business base. The coronavirus pandemic added to the challenge, with staggering economic fallout from closures associated with stemming the virus. But several coal-reliant communities and experts the Ohio Valley ReSource spoke to said the pandemic may unlock new opportunities to grow interest in the region and what it has to offer.

First, the good. People are eager for a safe break from quarantine life and health experts agree, while not devoid of risk, recreating outside where the virus can disperse more easily is safer than many other activities.

“You know, on a kayak you got a six-foot paddle,” Currey said. “Well, that limits who can get very close to each other.”

Boat launches on the Coal River have been swamped with visitors eager to get into the water on the weekends, he said.

In Norton, Virginia, a small, traditionally coal-reliant community of about 4,000 people that borders eastern Kentucky, traffic counters show people are flocking to the nearby Flag Rock Recreation Area. The city has invested in campgrounds and hiking and mountain biking trails on the mountain as part of its strategy to diversify its economy toward outdoor recreation.

“We’ve constantly been getting contacted by people asking, ‘When are you starting some of your classes or your outdoor activities such as outdoor yoga, or mountain bike rides, group rides and things like that,’” said Fred Ramey, Norton’s city manager. “So, I think there’s a pent-up demand.” 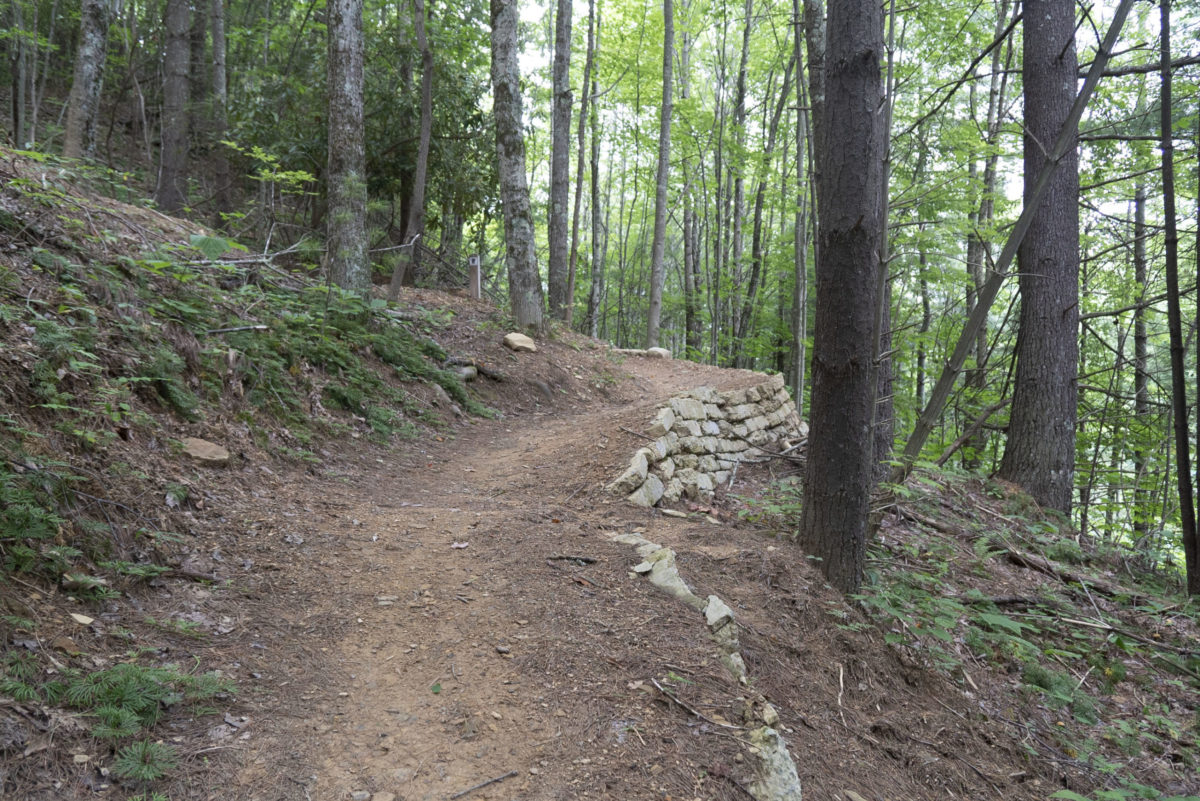 Joe Brouse, executive director of the New River Gorge Regional Development Authority, which serves Raleigh, Fayette, Nicholas and Summers counties in southern West Virginia, said rafting companies missed out on the first part of the season due to coronavirus shutdowns. To comply with social distancing guidelines, they are required to limit things like raft occupancy.

“The logistics of opening, because it’s not just reopening, are very, very challenging,” he said.

But the world’s new COVID reality — where air travel remains an unpopular way to travel — could boost interest in regional tourism,  Jack Morgan with the National Association of Counties. Appalachia is located within 500 miles of about 70 percent of the country’s population. 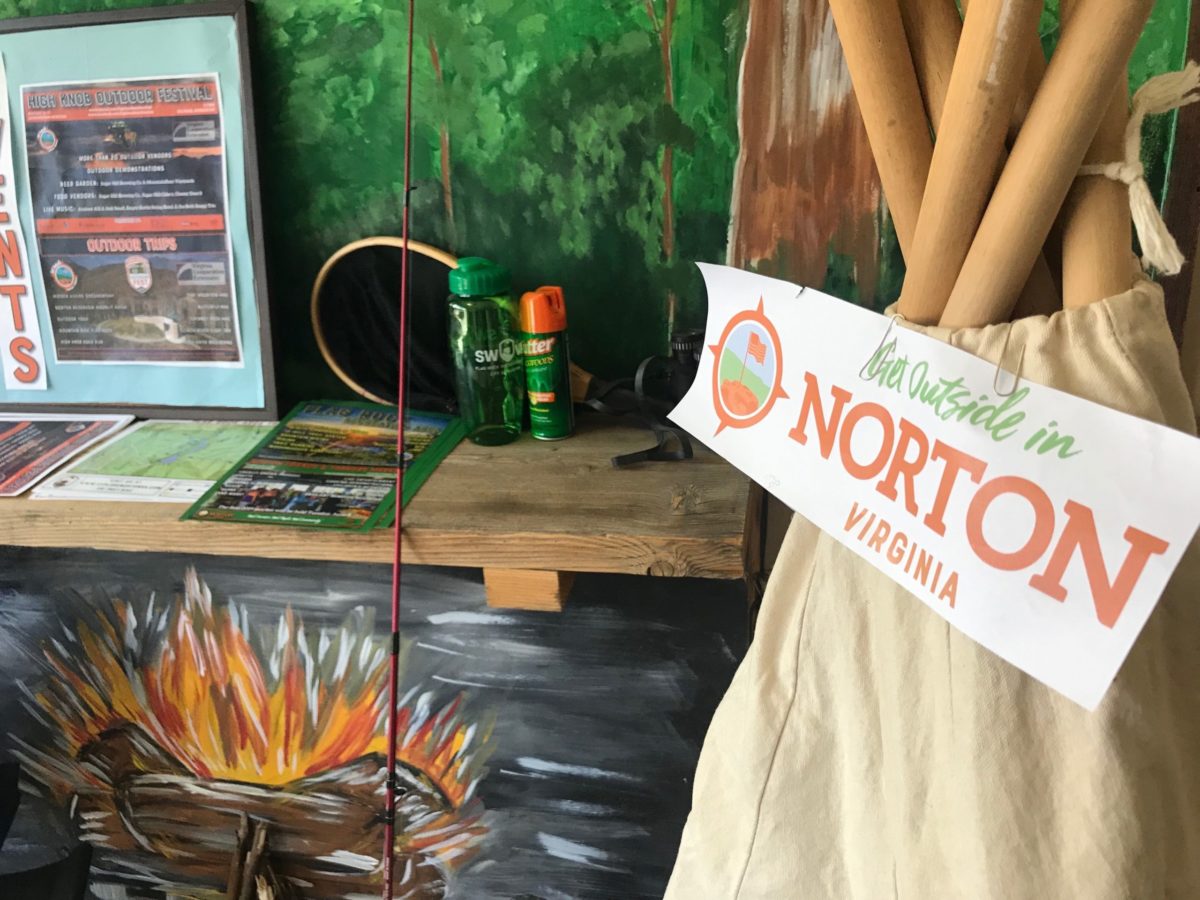 A display at the Norton City Hall promotes outdoor recreation.

“Appalachian communities are well positioned to capitalize on travelers who may be seeking recreation or that nature escape relatively nearby as opposed to a larger cross country trip or international trip,” he said.

However, Morgan cautioned that diversification is a long, tough process. Many communities are in the beginning stages of mapping their next chapters. The economic fallout from the coronavirus pandemic comes on top of years of declining tax revenues from the coal industry.

“This could be a significant bump in the road to many communities who, excitingly, are really starting to blossom and gain some momentum,” he said.

That’s especially true for the restaurants, hotels and small businesses that tourists frequent after they come down from the trails.

Ramey, the city manager of Norton, Virginia, said one of his primary concerns during this pandemic has been ensuring small businesses along the town’s brick-lined downtown survive.

“One of the reasons why we really looked towards tourism as part of our economic plan is that we did have some of those resources such as hotels and restaurants and things like that,” he said. “We’ve been very concerned about the economic impact to those businesses and tried to do some things to support them through all of this and so we hopefully will all be ready to move forward at the appropriate time.”

That includes providing small “bridge loans” to businesses. Norton has given out about 50 loans, totaling nearly $250,000. The 60-month loans require no payments or interest for the first six months, Ramey said.

Providing a financial boost for businesses is something the New River Gorge Regional Development Authority is also doing with the help of a $750,000 Appalachian Regional Commission grant that will allow the group to recapitalize an existing revolving loan fund.

“So we’re trying to pump some capital back into the tourism community that way,” said Brouse, the group’s executive director.

In southeastern Ohio, nonprofit Rural Action has so far helped distribute about $35,000 in small grants. The program was started via a Facebook fundraiser to help support local businesses.

Dan Vorisek, program coordinator for the resilient communities program at Rural Action,  the communities he works with in Ohio are in the early stages of reorienting their economies toward outdoor recreation and tourism. He said there is a contingent of businesses that are struggling, but others are using the pandemic as a chance to reevaluate their own models.

“So, from what I’ve seen, it’s a combination of businesses just trying to make it to the next week, and then other businesses that actually have the opportunity to plan for the future,” he said. 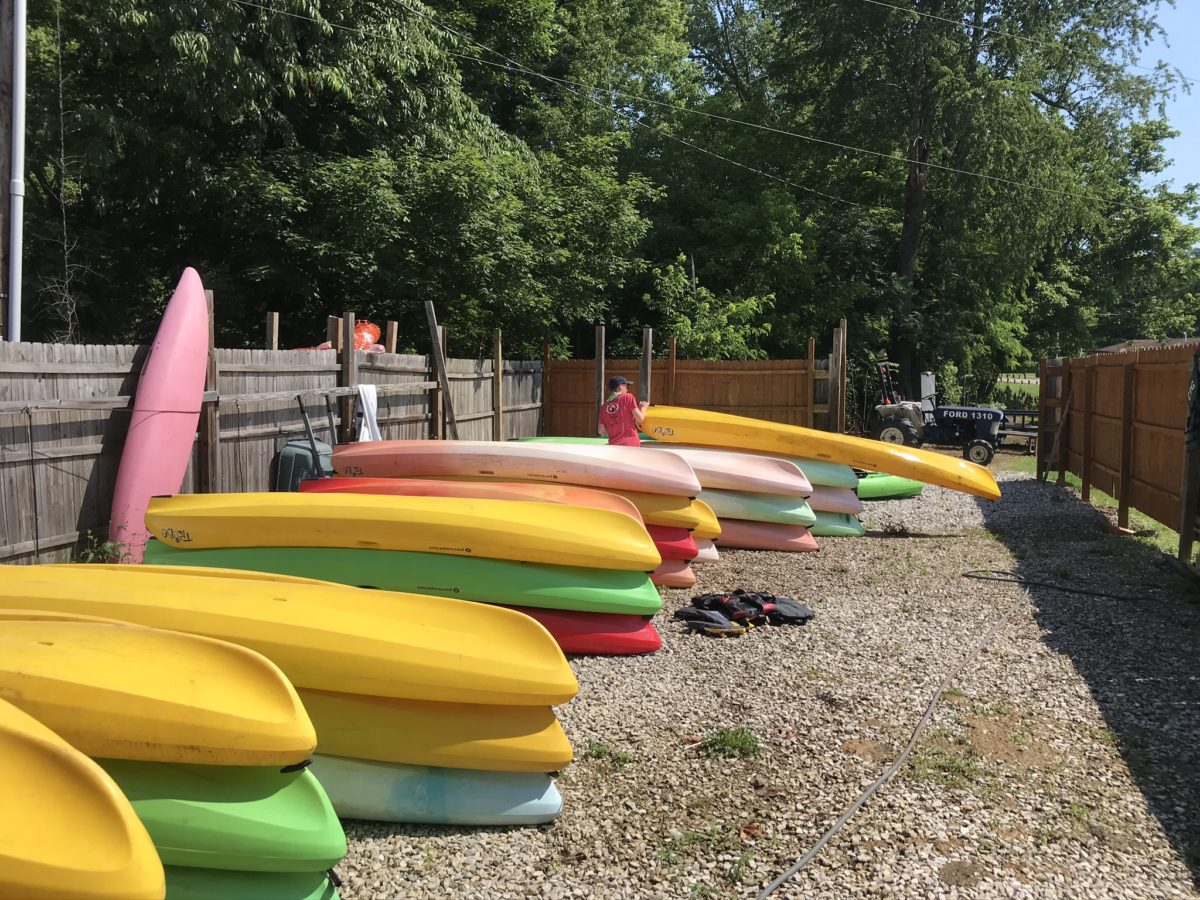 The Coal River Group has about 30 kayaks to rent to tourists.

“They see the potential,” he said.

That potential could be shaped by a broader urban reckoning. Many rural places haven’t seen the high coronavirus case numbers that cities have, although that may be changing as states continue to reopen. Telework, once a barrier for many companies, has become increasingly acceptable.

That’s how Ramey sees it. 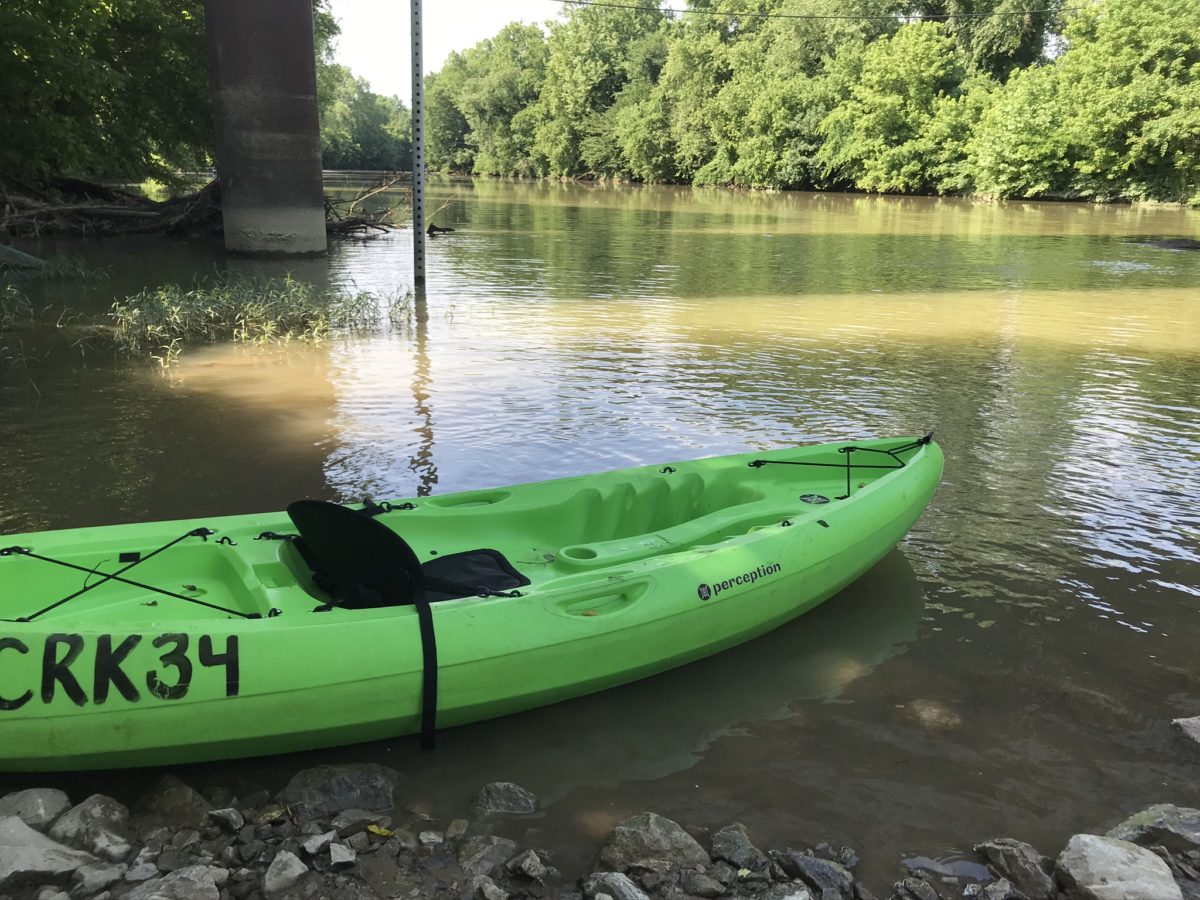 A kayak sits on the Coal River.

Back on the Coal River, Bill Currey agrees.

“We’re like a national park that’s not designated,” he said. “Big city people are saying, through the pandemic, ‘I don’t want to live in this downtown where I can’t grow a garden like those people in West Virginia. I don’t want to live downtown and not go to the grocery store when those West Virginians are going out and they’ve got deer meat, they’ve got fish.’ It’s like, we’ve got so much of what the other part of the country doesn’t have.”

But he adds if you aren’t ready to move just yet, you could always start by visiting and spending a day on the river.

Capito Would Set Aside Tax Credits For Hard-Hit Coal Towns