ATHENS, OH – Students at four high schools across southeastern Ohio have started work on an independent documentary film project to tell their own personal and cultural story in partnership with WOUB Public Media. WOUB received an “Our America: Documentary in Dialogue” grant from American Documentary | POV, with funding provided by the Corporation for Public Broadcasting. The grant supports community engagement activities around a documentary called Portraits and Dreams which included virtual screening events with the local high school students and their teachers and is now allowing students to create their own short films. The films will be submitted for a WOUB film festival called “Our Ohio” and judged. The winning film could be featured nationally on the POV website. 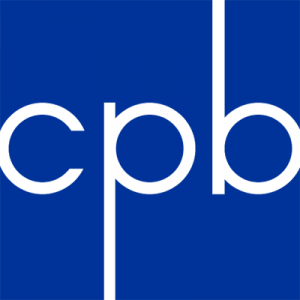 WOUB Producer/Director Evan Shaw has been holding virtual storytelling workshops with the students, helping them to think about their personal story and the story they want to tell in their film. Shaw says the students already have some wonderful ideas, and he is excited to see their end products.

“What’s great about this project is that the short films are going to be from the perspective of a high school student in our region during these challenging times,” said Shaw. “Many times, our Appalachian region is portrayed with negative stereotypes in the national media. This is an opportunity for our young people to take control of that narrative and tell their story and the story of their community authentically.”

The film Portraits and Dreams helped the students think about Appalachian stigma and cultural pride. It revisits photographs created by Kentucky schoolchildren in the 1970s and the place where the photos were made. The film is about the students, their work as visionary photographers and the lives they have led since then, as well as the linkage of personal memory to the passage of time. The film is directed by Wendy Ewald and Elizabeth Barret.

After the students saw the documentary, they had the opportunity to participate in a virtual panel discussion with the film’s producers and local community leaders to talk about the film and discuss what kinds of stories they might tell about their own community.

“At its core, the Portraits and Dreams film is about our culture and the people who are a part of it,” said WOUB Community Engagement Manager Cheri Russo. “We loved how the documentary showed the children telling the story of their roots and culture through photography, and we thought it would be a great documentary to show to local high school students to give them the ability to tell their own stories.”

WOUB’s Learning Lab has camera equipment available for participating teachers to check out for their students to create their films. The Learning Lab will also hold a virtual teacher professional development storytelling workshop with Shaw featuring the Portraits and Dreams documentary that will be open to all teachers in the region and across the state.

“Media is such a part of all of our lives these days. We encounter video storytelling everywhere,” said WOUB Learning Lab Educational Services Manager Deborah Brewer. “Helping teachers learn not only how to use the tools to create video, but the elements that are needed for strong storytelling will help them to educate their students on how to create the stories they want to tell and the power well-constructed multimedia stories can have.”

POV (a cinema term for “point of view”) is television’s longest-running showcase for independent nonfiction films. POV premieres 14-16 of the best, boldest and most innovative programs every year on PBS. Since 1988, POV has presented over 500 films to public television audiences across the country. POV films are known for their intimacy, their unforgettable storytelling and their timeliness, putting a human face on contemporary social issues.

Revisit photos created by Kentucky children in the 1970s and the place where they were made – “Portraits And Dreams” on POV, Monday, Sept. 7 at 10 pm