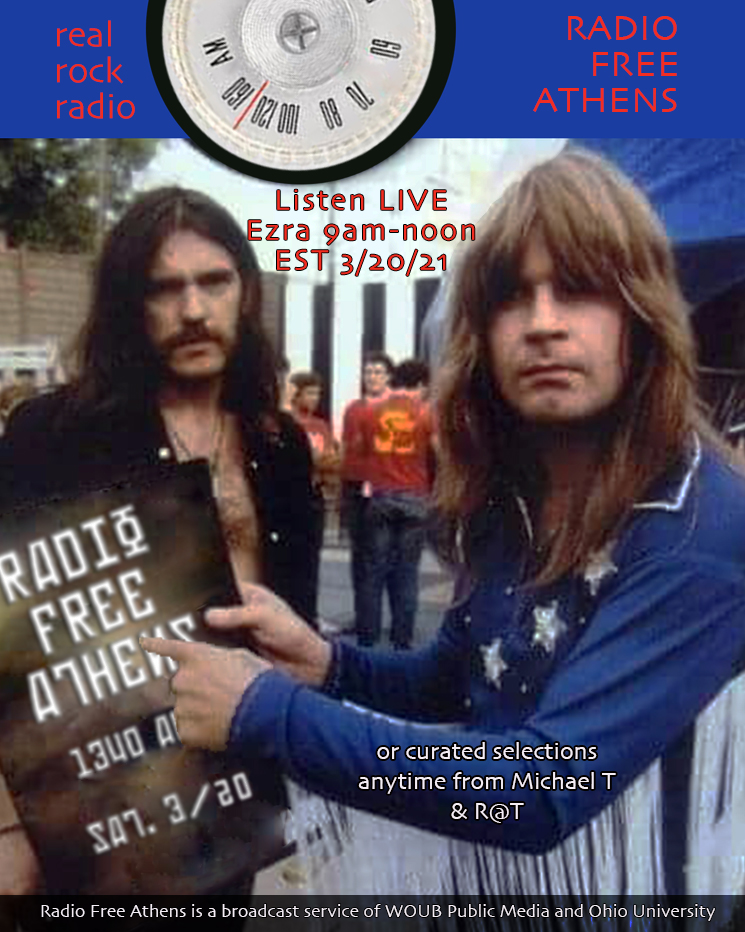 Before being absorbed into a homogenous mélange of hair-metal, grunge and slick speed-metal histrionics (blame Metallica), there were hundreds of hard rock bands with chops, soul and fire, filling arenas and stadiums, pounding out raucous hard rock. They had record deals, label support and large followings, but due to music business consolidation, were abandoned for not moving “enough” units. Many of them have disappeared from the airwaves altogether.

Most of the artists on this week’s list are not household names, even among festival-goers and current rock music enthusiasts, so it’s time to give the devil his due, um, so to speak.

Musicians all over the world thank you for listening to Radio Free Athens.

This week’s playlist is another melange of music. Some old, some new. No rhyme or reason yet again and somehow it all works.  I had to throw in the Cheech and Chong because the NCAA basketball tournament will be starting soon and The Replacements is for those of us who still have landlines and Answering Machines. Yes, some of us still do.

The dangers of our ‘new data economy,’ and how to avoid them