WOUB’s Emily Votaw and Dani Wasserman interview filmmaker, OU alum, and longtime friend of the festival, Tony Buba about his body of work (which includes 1988’s Lightning Over Braddock), how economic class impacts art-making, and his memories of some of the very first Athens International Film and Video Festivals. 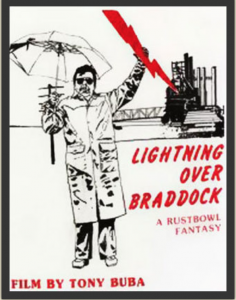