1985 was a watershed year for global relations. It marked the second inauguration of the Ronald Reagan presidency; meanwhile, in Moscow, Mikhail Gorbachev was installed as the new General Secretary of the Communist Party of the Soviet Union – a significant change of the guard, as the two nations had been ratcheting up an arms race thus far in the 1980s.

Through it all, radio stations and MTV rallied behind Tears For Fears as pop music’s top source for reflecting on the times via infectious songs. “Everybody Wants to Rule the World” rocketed to number one; and it was soon matched by the anthemic “Shout,” plus the album “Songs From the Big Chair.”

The voices behind those bona fide blockbusters belong to Curt Smith and Roland Orzabal.

Hailing from Bath, England, the two Tears For Fears captains were only 23 years old when they recorded those enduring hits. Although they are a core component of 1985’s encyclopedia entry, the messages of their songs have transcended generations.

The popularity of Tears For Fears has similarly transcended time. Their new album, “The Tipping Point,” has notched in the upper echelons of charts stateside and across the pond; and they are on the cusp of launching the Tipping Point World Tour right here in Ohio, where they’ll play the Riverbend Music Center (6295 Kellogg Avenue) in Cincinnati on Friday, May 20 and Blossom Music Center in Cuyahoga Falls (1145 W Steels Corners Road) on Saturday, May 21. While they headline amphitheaters across America, they will be supported by ’90s alternative juggernauts Garbage. 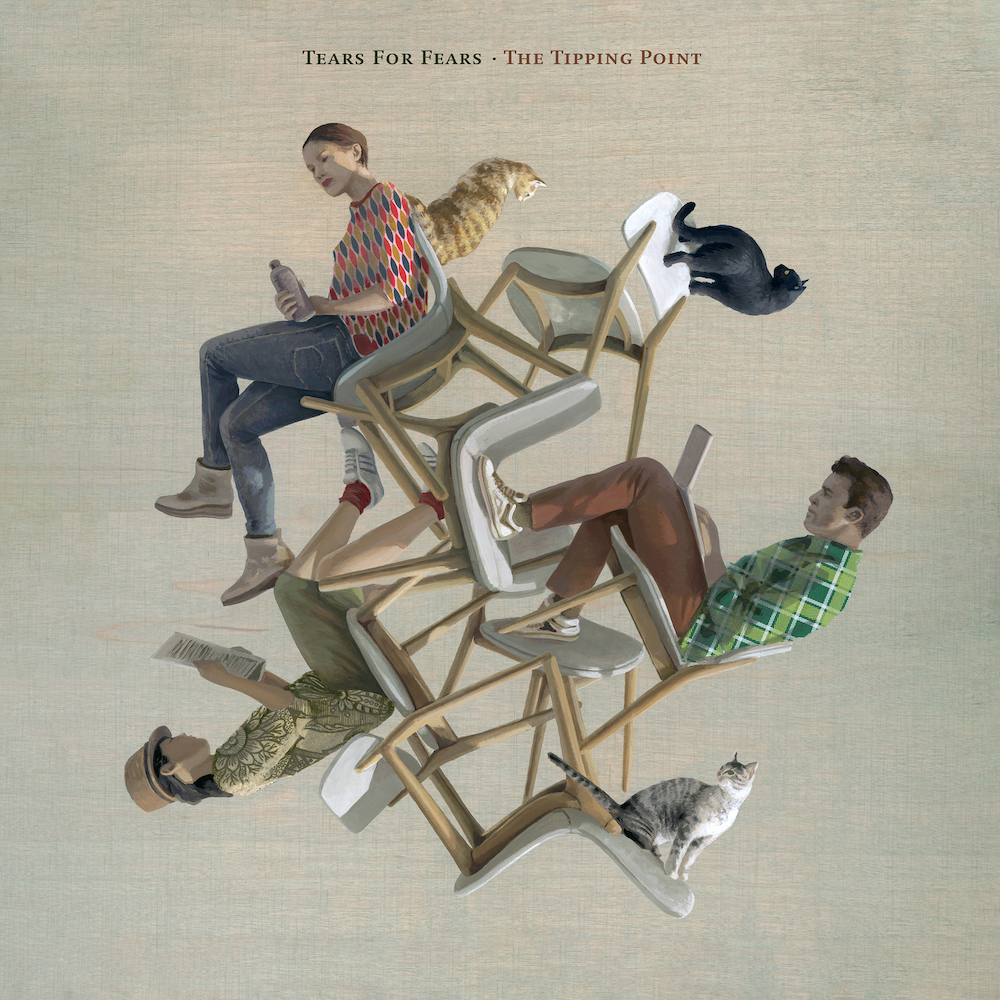 WOUB’s Ian Saint had the chance to chat with Tears For Fears’ Curt Smith, ahead of the Tipping Point World Tour launch, about a wide variety of topics:

• Tears For Fears’ latest single, “Break The Man,” Curt’s call for ending patriarchy – and the significance of performing it on tour, shortly after the Supreme Court draft majority opinion on overturning Roe v. Wade was leaked

• Acknowledging the music business’s deep entrenchment of male dominance, and how he and daughter Diva Smith are intent on finally changing the tides

• Selecting Garbage as their opening act; and why they consciously elected female-fronted acts (Shirley Manson, Alison Moyet to tour with this year)

• The awkward process of working with modern producers, followed by a painful journey that led to Tears For Fears embracing their authenticity and reclaiming the reins of their album production

• “The Tipping Point’s” evolution from its 2013 start to its 2020 finish; and how the album was impacted by the various paradigm shifts that suddenly took storm in between

• What it’s like for Curt to sing “Everybody Wants to Rule the World” today, versus its initial 1985 release

• The surprise of Curt going massively viral on TikTok this year, with his “Everybody Wants to Rule the World” lead vocal isolated; his mutual admiration for the youth that made it so, and how he would like to see the influence of younger generations on global affairs enacted
… and much more!

Stream the full segment, on-demand, by clicking the Play button in the SoundCloud widget embedded beneath the headline.

Tears For Fears’ Tipping Point World Tour, with opening band Garbage, plays Riverbend Music Center in Cincinnati on Friday, May 20; and Blossom Music Center in Cuyahoga Falls on Saturday, May 21. For tickets, and a full tour itinerary, visit their official website: www.tearsforfears.com

Norah Jones reflects on 20 years of ‘Come Away With Me’

How Do We Read? It’s Magic (Almost)