Venture back to the birth of space in “NOVA Universe Revealed: Big Bang” – August 10 at 9 pm

Many think that the Big Bang is when the universe started and time itself began. But what clues can we discover about this ultimate genesis of everything? And can we ever know what existed before the universe’s birthday? 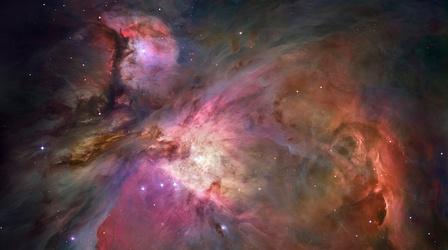 In Big Bang, NOVA winds back the ages with the help of animation based on stunning images from the Hubble Space Telescope. We meet infant galaxies like GN-z11, a mere fraction of the size of our Milky Way but filled with vast and violent blue stars that formed just a few hundred million years after the Big Bang.

Before that—before the coming of visible light itself—stretches the “cosmic Dark Ages,” when the only direct clues are ripples in the radiation picked up by the Planck space telescope. But in a final twist, Big Bang traces how scientists came up with an incredible theory for what happened billionths of a billionth of a second from the universe’s birth. NOVA rewinds to the instant when everything was infinitely small and then inflated at a mind-boggling rate. It sounds like science fiction, but the predictions of inflation theory have so far stood the test of time—a triumph of scientific ingenuity that has brought us to the brink of understanding more than we could ever have hoped about our cosmic origins.

Inside the assult, “Ukraine: Life Under Russia’s Attack” on FRONTLINE – Tuesday, August 2 at 10 pm

The COVID situation in Ohio is not great. It’s expected to worsen in the coming weeks

An intimate look at the nation’s affordable housing crisis: “Facing Eviction” on FRONTLINE, July 26 at 10 pm