Out in Rural America

Love, loss, self-discovery, and unity – these principles are woven through a new hour-long documentary that follows five stories from the LGBTQ+ community. Out in Rural America explores the struggles and joys of being lesbian, gay, bi-sexual, transgender, and gender queer in the rural Midwest. Shot over a six-year period, it shares the journeys of courageous individuals who work to find their place in the small communities that they call home.

Out in Rural America is not about hate. It is about love, acceptance, and being true to self. Providing an honest portrait of the obstacles the LGBTQ+ community faces in rural America, the film gives viewers a deeper understanding of the challenges of being true to self and living authentically.

Judy and Dennis Shepard, the parents of Matthew Shepard, a young gay student at the University of Wyoming who was brutally beaten to death in 1998. His senseless death not only left them changed and grieving, but also changed our country and the fight for equality. They have become vocal gay rights advocates on the national stage, forming The Matthew Shepard Foundation to help young people struggling with their sexual identity, to fight for sexual identity being included in national anti-discrimination laws, and to “erase hate.”

Nancy and Jennie have been together in a monogamous, committed relationship for more than 30 years. They were the lead plaintiffs in the South Dakota marriage equality case, leading up to the landmark Supreme Court marriage equality decision in June 2015. Through their courage to fight this public battle to be legally married, they re-ignited the gay rights movement in South Dakota. 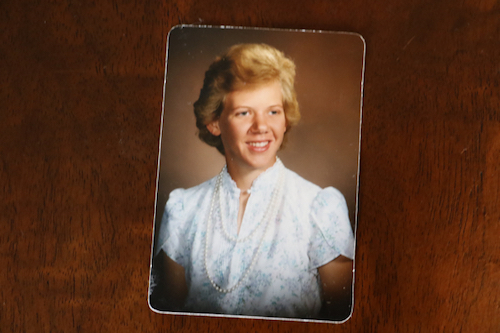 Jade grew up in a town of 200 people in rural Nebraska. Succeeding academically and athletically through high school, she was teased about her sexuality. After years of hiding who she was, she finally came out to her parents when she was in her 20’s. Her journey to love herself has been a long one that included recovering from alcoholism and self-loathing. Her self-discovery led her to become a stronger person, and she surprised even herself when she ran for office in South Dakota. Jade’s parents, Georgia and Carroll, share their beautiful story of accepting their daughter no matter what.

Joe, a young college student and aspiring photographer shares his story about coming out as a gay man after he performed in his high school play, The Laramie Project, which is based on Matthew Shepard’s life. With the support of his mom, Alice Geyer, he was able to overcome the ridicule he experienced growing up to become a self-confident, happy, fun-loving, driven young man. As the film unfolds, Joe meets the man of his dreams, they get married, and move back to South Dakota where they hope to start a family.

Pam is a gender-queer woman and an outspoken gay rights advocate. We meet Pam in May of 2015, just when she met the love of her life, Brett, a transgender man, graduated from Duke Divinity School. During the filming, Pam and Brett’s perspective of the world changes as Pam and Brett marry and have a child, who now has openly queer parents. Their story also features Mara Keisling, a trans woman and the director of the National Center for Transgender Equality, who helps in explaining specific transgender struggles in rural America.

Through sharing these personal stories, Out in Rural America hopes viewers will gain a better understanding of the very human issues that the LGBTQ+ community faces and realize that these individuals are no different than themselves.

Produced by Fiona Kay Willis, Out in Rural America is presented by WXXI Public Media and distributed by American Public Television. To learn more about the film, visit WXXI.org/OIRA.

We Believe In Dinosaurs | INDEPENDENT LENS | Tonight at 10

Play This Film Loud: Looking Back On ‘The Last Waltz’

First Animal Visitors to a Manmade Waterhole in the African Savannah, LIFE AT THE WATERHOLE – Starts May 19 at 8 pm