Quilts for Violeta Parra by The Chilean Quilting Bee 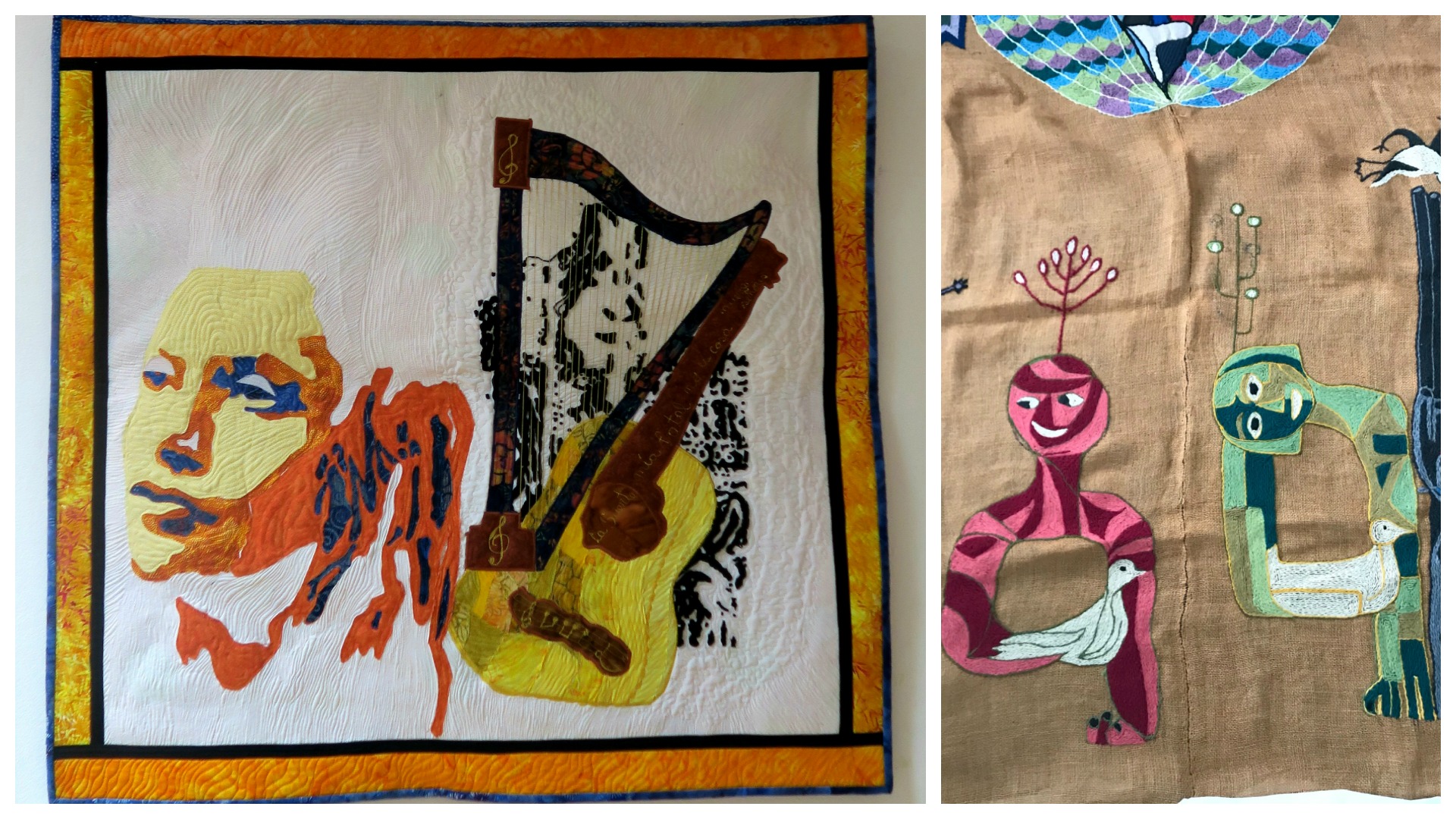 Chile celebrated the 100 anniversary of Violeta Parra’s birth in 2017. Her artistic legacy, in both visual art and music, was celebrated in art exhibits and concerts. A group of quilt artists and teachers who are part of Chile Quilting Bee decided to participate with a medium not traditionally seen in Chile: quilts. The small art quilts that were created were exhibited in various locations in Santiago’s metropolitan area at the end of last year.

“We each were free to express our inspiration; the only restriction was an approximate size of 31” x 31”. We now want to share our work outside of Chile in an effort to showcase our quilting experience in Latin America and share the artistic creativity of one of Chile’s most important artists, Violeta Parra.”

Violeta Parra (Violeta del Carmen Parra Sandoval) October 4, 1971-February 5, 1967 was a Chilean artists whose creativity encompassed music, painting, ceramics, and embroidery. She was instrumental in compiling and renewing traditional folk songs and was an important ethno-musicologist. “…her fascination with, and championing of, Chilean folklore, pottery, painting and burlap embroidery helped foster a nationwide sense of self-pride and appreciation”.

She recorded her music in Chile, Argentina, France and England; performed across Europe and Latin America.
Her burlap embroideries, ceramics, and paintings have been exhibited in museums worldwide; she was the first Latin American artist to exhibit in Paris, where her tapestries were showcased in the Louvre Museum in 1964.

Artists Bio:
The quilt artists and teachers who present their work for this exhibit belong to Chile Quilting Bee, a group that unites us in our passion for quilting and all things textile.