You are viewing the "Meet the Artist" Archives 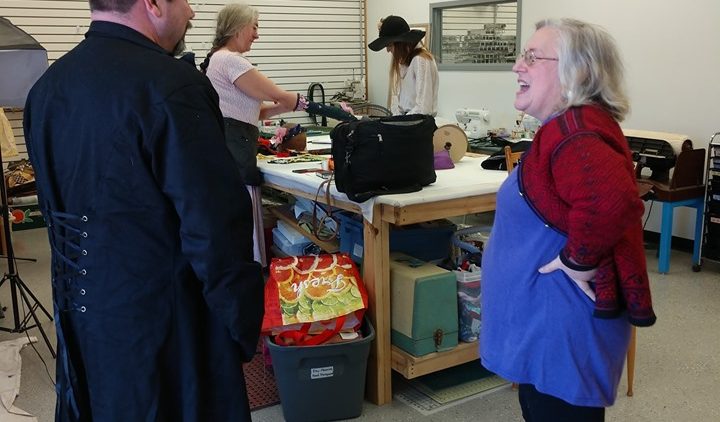 Working on an idea you’d like to chat about? Want to know more about classes, teaching or other member activities here at AMS? Join us Sat Nov 30th @ 1pm for our monthly Maker Meet-up. Everyone is welcome. We’ll have coffee and snacks 🙂

Join us for our November Open House at ReUse on Union from 2-4pm on Saturday, November 9th. Our Upcycling Artist of the Month, Lanna Galloway will be at ReUse on Union showcasing all the amazing quilts and embroidered items she creates! She’ll be demoing how to bobbin draw (definition: using decoritive fibers in the bobbin… Read More

On this episode of Meet the Artist, WOUB’s Nicole Schneider talks with Ohio University Professor of Art John Sabraw about his eco-conscious paintings. Sabraw’s work, which uses paint created from iron oxide extracted in the process of remediating polluted streams, has been featured in Smithsonian, New Scientist and the Discovery Channel. Visit this link to view episodes… Read More

On this episode of Meet the Artist, Athens musician Liz Pahl talks about her recent musical activities, her website (www.lifes-soundtrack.com) and how she balances artistic endeavors with family life. The video was produced by WOUB student Nicole Schneider. Visit this link to view other shows in the Meet the Artist series.

On this episode of Meet the Artist, WOUB’s Nicole Schneider talks with 13-year-old Athens, Ohio, pianist Anthony DeLuca. DeLuca, who has been playing piano since age six, is a regular performer at Cutler’s Restaurant in the Ohio University Inn. While most teens would be self-conscious about performing in public, it doesn’t seem to faze DeLuca,… Read More

Beveridge's work focuses on elements of nature and storytelling, with animals regularly featured in her paintings.

Sandy Plunkett started his career in New York City as an artist for Marvel and DC Comics.

His work has been seen in issues of Spider Man, X-Men, The Rocketeer, Conan the Barbarian, Spectre and many other comics, as well as numerous concert posters, album covers and political cartoons.

Currently based in Athens, Ohio, Plunkett sat down to talk with WOUB's Nicole Schneider about his past work and upcoming projects.