You are viewing the August 15, 2014 daily archives

Athens County officials are considering applying for federal funds to purchase a command vehicle for use at emergencies and at events that require increased security. Fred Davis, director of the Athens County Emergency Management Agency, broached the subject Tuesday with the county commissioners. Davis said the county's Homeland Security Committee is recommending the county pursue… Read More

Royal Dutch Shell says it has agreed to sell drilling rights in shale formations in Louisiana and Wyoming for $2.1 billion in two transactions. Shell also said Thursday that it will also receive drilling rights to land in Ohio and Pennsylvania. Shell is working to focus its onshore U.S. drilling program on a few of… Read More

Several Cuyahoga County employees have been disciplined for lacking valid driver's licenses while the county's executive lacked a permanent one for years. Records show Democrat Ed FitzGerald's administration punished at least eight employees in 2013, with penalties ranging from a written reprimand to a five-day suspension without pay. The news group obtained the documents through… Read More

Health officials say no measles cases have been reported in Ohio since mid-July, while mumps cases continue to be tallied. 377 cases of measles have been reported in nine counties, with the last on July 23. The state will consider the outbreak officially over at the conclusion of two 21-day incubation periods. Measles are at… Read More 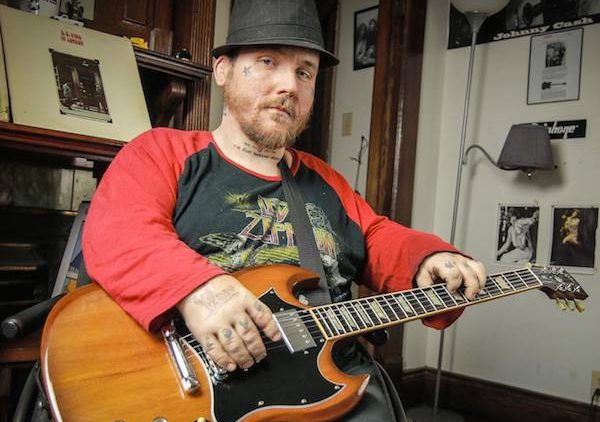 If a picture is worth a thousand words, then a video is worth thousands of "likes" — at least in Brock Davisson's case.

A video of the Marietta guitarist recently appeared on the "I Discover Stars" Facebook page, which has more than a million followers. Since mid-July, the video has been shared more than 37,000 times on Facebook and viewed nearly 7,000 times on YouTube.

Ohio's unemployment rate for July ticked up slightly after job reports for the last two months showed the rate at its lowest level since before the Great Recession. The Ohio Department of Job and Family Services released last month's job figures on Friday showing the state's unemployment rate at 5.7 percent. That's up from the… Read More