Before the start of Friday’s Gallia Academy – Meigs, prominent community member and former football announcer Jim Soulsby was honored. Soulsby passed away several months ago and meant a great deal to the Meigs football community.

With his memory in mind, the new-look Marauders, who did not know about their new uninforms until moments prior to the game, played with inspiration, topping the Blue Devils winning 26-14.

The Marauders started off hot. Following a forced turnover on the 15-yard line, running back Kaileb Sheets ripped down the field for an 85-yard touchdown to open scoring. Sheets was a key contributor throughout the night, accumulating 180 yards.

Sheets punched in another touchdown later in the quarter, putting the Marauders up 14-0 going into the half.

After a sluggish start to the second half, Cody Bartrum got in on the scoring with a 13-yard run down the left side and into the end zone.

Gallia Academy fought back in the third quarter after forcing a Meigs turnover which eventually resulted in a Kole Carter rushing score.

The Blue Devils continue to fight back, bringing the score to 20-14, but Bartrum’s late touchdown run sealed the game for the Marauders.

Next week, both teams will be on the road. Meigs will be travel to Amanda-Clearcreek and Gallia Academy will be take on Washington. 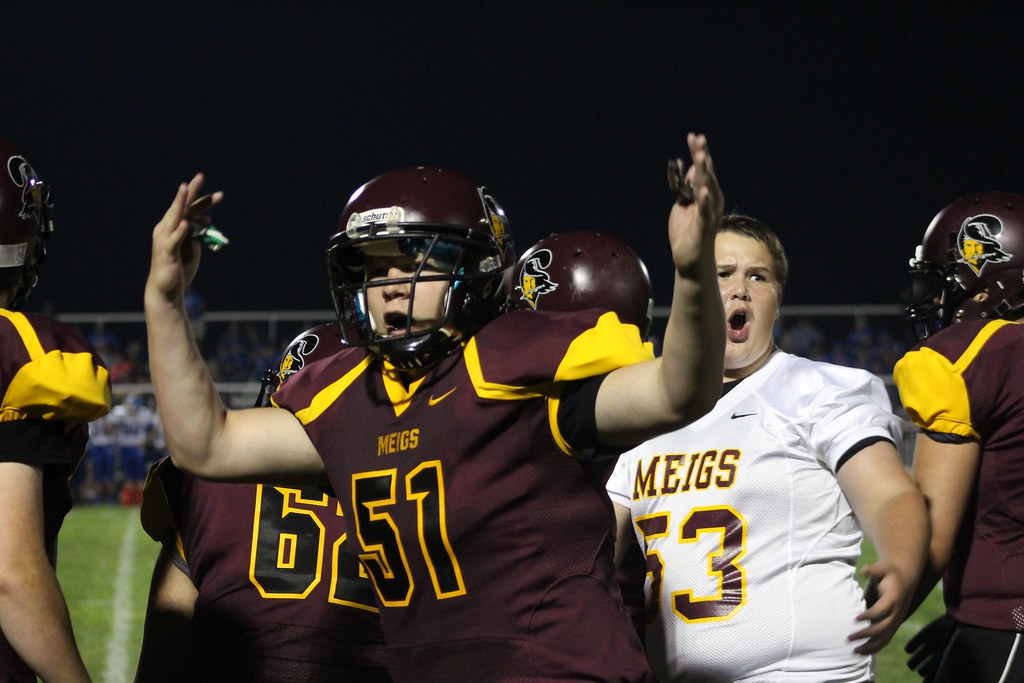