Click here for additional educational resources that align with the programming for Thursday, May 28th. #LearnAtHome

WOUB Public Media’s new podcast “Spectrum” will feature conversations with an eclectic group of fascinating people. Some of the interviews are from famous people, some are not, but they all have captivating stories.

Hosted by WOUB’s General Manager and Director Tom Hodson, “Spectrum” is a joint production of WOUB and the Barbara Geralds Institute for Storytelling and Social Impact.

Hodson added having the interviews in podcast form helps to make it easier for people to find and listen to them on a regular basis. “We think it is important to expand our audiences for these conversations beyond our immediate geographical region and to give people across the country the opportunity to hear why we find these people so interesting,” said Hodson.

The first three interviews are available on iTunes and Google Play and feature:

Susan Reimer formerly of the Baltimore Sun.  She is a journalistic pioneer for women and the first woman to cover a major league baseball team.

Ken Ehrlich is the Man Behind the Music. Ehrlich has produced 36 straight Grammy Awards Shows and more than 1,000 hours of music-based television. He discusses his approaches to music on television and his relationships with some famous singers such as Paul McCartney. 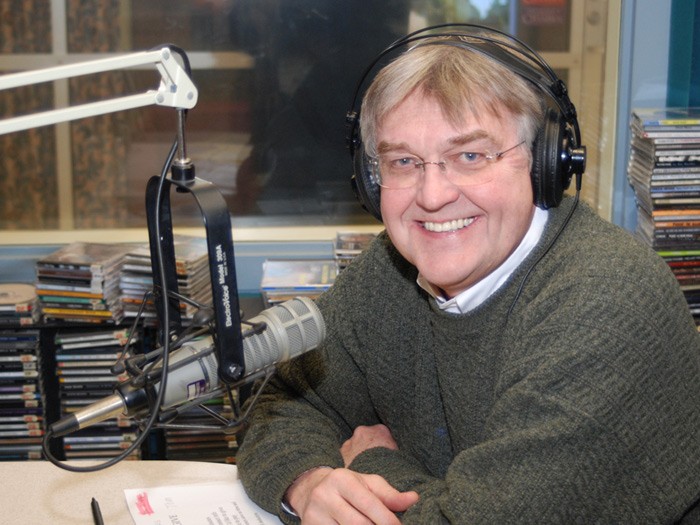 About the host: Tom Hodson is the director of WOUB Public Media at Ohio University and co-director of the Barbara Geralds Institute for Storytelling and Social Impact. While at WOUB, he has conducted hundreds of interviews with celebrities, scholars, journalists, scientists, filmmakers, artists and just regular people. He looks for what makes each person’s story unique and fascinating.
Prior to joining WOUB in 2011, he was the Director of the E. W. Scripps School of Journalism at Ohio University from 2003-2010.  He also is the Joe Berman Professor of Communication in the Scripps College of Communication.

Hodson has a long history in public affairs broadcasting in both television and radio.  He also has been active in sports broadcasting including play-by-play of football, basketball and baseball.

In addition to broadcasting and journalism, Hodson has had an extensive legal career.  He has served as a trial judge in Ohio for seven years as well as an active trial attorney. He also served as a Judicial Fellow at the Supreme Court of the United States in the Administrative Office of the Chief Justice.