WOUB Public Media is thrilled that its SPECTRUM podcast is celebrating its one-year anniversary on Apple Podcasts, Google Play, NPR One, and SoundCloud.

Spectrum features conversations with an eclectic group of people: journalists, authors, scholars, storytellers, celebrities and just average people with fascinating stories. Over the past year, 58 different episodes have been published – one each Wednesday plus six special editions.

“We will never run out of stories because there is no shortage of captivating people to talk with,” says Tom Hodson, host and co-producer.

“We try to pick important and timely topics to address but we also intersperse our episodes with interesting new information and riveting stories from the personal perspectives of our guests.

Some of the most popular shows during this first year have included in-depth conversations with Ira Glass, creator and host of This American Life, comic Paula Poundstone, journalist Gwen Ifill of PBS and Ira Flatow, host of NPR’s Science Friday.

“We also took on some controversial and hot-button topics,” Hodson notes. “Over 20 percent of our shows concerned issues surrounding race in America. That’s a huge topic that needs discussed but too many people and podcasts shy away from it.”

He is most proud of a 90 minute show “Confronting Fear, Hate, and Racism in the US.” It featured an African-American judge who is a mother of a teenage son, a Muslim immigrant father whose children are bullied at school, and a gay Nepalese-American who spoke of multiple levels of discrimination. They all told their stories and shared both moments of terror and of courage.

SPECTRUM also addressed the question of why black women are not being elected to statewide offices in America and how African-Americans face health care disparities on a daily basis.

Journalists often are featured on SPECTRUM to share the behind-the-scenes insights into the Trump Administration, coverage of the Black Lives Matter movement, national security issues, reporter safety, and what it’s like to be poor and hopeless in America.

“We are excited to begin our second year,” Hodson says. “We already have a list of potential guests and topics that will intrigue our audience. We also want to experiment with different forms of storytelling to be interspersed with our one-on-one conversations.”

“We also will continue to attack the issues of the day with credible guests and experts. We will not shy away from any topic that is germane to our audience.” 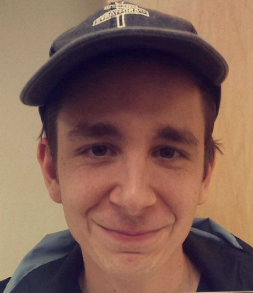 SPECTRUM is co-produced by Hodson and Adam Rich. Hodson is a journalist, former trial judge and an attorney. Rich is an alumnus of the Media Arts and Studies School at Ohio University and an audio specialist.

During its first year, SPECTRUM has been sponsored by the Scripps College of Communication at Ohio University.

You may subscribe FREE to SPECTRUM through the following links. A new edition is published every Wednesday:

You may also listen to SPECTRUM via SoundCloud.