In this unsetting exposé, investigative filmmaker Cullen Hoback travels to West Virginia to study the unprecedented loss of clean water for over 300,000 Americans. Upon examination, he uncovers a shocking failure of regulation from both state and federal agencies and a damaged political system where chemical companies often write the laws that govern them. While he’s deep into his research in West Virginia, a similar water crisis strikes Flint, Michigan, revealing that the entire system that Americans assume is protecting their drinking water is fundamentally broken. What Lies Upstream premieres on Independent Lens Monday, April 16, 2018, 10:00-11:30 PM on WOUB. 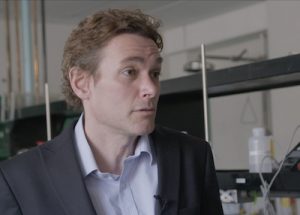 In January 2014, West Virginians noticed that their tap water had a peculiar smell. It was soon discovered that a mysterious chemical, MCHM, has leaked into the Elk River from a damaged tank at a nearby chemical plant, poisoning the drinking water supply for nearly half of the state’s citizens. Hoback — whose interest was piqued by family ties to the state and a desire to understand why the contamination happened — embarked on an investigation that would lead him down a rabbit hole of an unimaginable scale.

As Hoback continues his investigation, several leading players in the drama come forward including Randy Huffman, the head of the State’s Department of Environmental Protection (DEP), Dr. Rahul Gupta, who runs the local health department, and several scientists, lobbyists, politicians, and industry insiders-turned-whistleblowers.

Disillusioned, Hoback travels to Flint, Michigan to see if there is a connection between the recent lead contamination there and the water contamination in West Virginia. With the guidance of the key whistleblowers in Flint, Dr. Marc Edwards and Dr. Mona Hanna-Attisha, the connection becomes clear: the regulatory agencies charged with protecting citizens are too often beholden to political interests over scientific facts. 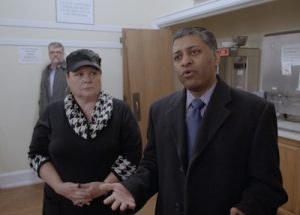 “You may want to watch this documentary before you drink that glass of tap water,” said Lois Vossen, Independent Lens Executive Producer. “In his quiet, earnest way, Cullen lifts a nonpartisan lid off state and federal regulatory agencies to show a persistent link between contaminated drinking water in West Virginia and government negligence and cover-ups and industry malpractice. We want to believe the people working inside our government agencies act in the best interest of ‘we the people.’ Regrettably, that’s not always the case.”

Visit the What Lies Upstream page on Independent Lens, which features more information about the film. The film will be available for online viewing on the site beginning April 17, 2018.

Cullen Hoback (Writer/Director/Producer/Editor), originally from Los Angeles, spent many summers as a child with his family in West Virginia. His films, which have won multiple awards, include Monster Camp (2007) and Terms and Conditions May Apply (2013), which were shown in top festivals and theaters around the world. Terms and Conditions May Apply, a humorous but chilling documentary about digital privacy, had a significant theatrical release, was picked up by Participant’s PIVOT network, and has been viewed by millions. Hoback has appeared on MSNBC, CNN, NPR, Fox, and HuffPost Live and has written op-eds for The Guardian and other major media outlets. He is also a Film Independent Fellow.