June 1 through June 11 will mark WOUB’s June pledge week, and we’ve got some enticing programs lined up for your viewing pleasure that week. Check out a guide to some of the programs coming your way this pledge week below. Keep up to date about encore presentations of these programs and programming changes at this link.

In 1957 pop music maestro Burt Bacharach composed “Magic Moments” alongside Hal David, one of the duo’s first collaborations. In December of that year, Perry Como made an enormous splash with the tune, rocketing it up the charts in the United States, the United Kingdom, and in Italy. This special, which is a sort of nostalgia-fest for the baby boomer generation, is named after that memorable tune, and with good reason. The special features both archival footage and some live renditions of some of the most beloved pop music hits of the ’50s, as well as appearances from Mary Lou Metzler, Phyllis McGuire, Pat Boone, Debbie Reynolds, and Patti Page.

If there is someone more symbolic of the delectability of popular music than Frankie Valli, this music geek has yet to learn of them. In this special, you have the privilege of joining pop music legend Frankie Valli as he walks you down a musical memory lane featuring performances by the likes of Little Richard, The Five Satins, and more.

In 2006 country music giant Alan Jackson released an album made up entirely of his renditions of classic gospel tunes. The project came at the suggestion of his mother, and this special features Jackson’s performances of many of those songs of faith at the historic Ryman Auditorium in Nashville. Besides the performances, the special include behind-the-scenes footage, as well as interviews with Jackson, his wife, and his mother, reflecting on his musical roots.

My Music: Perry Como Classics: Till the End of Time – Saturday, June 2 at 7 p.m.

Perry Como has a career that spans well over a decade. There are few other careers that one could safely say pioneered the genre of musical variety show while also garnering so many album sales that the artist famously requested that his label stopped keeping track. In this special viewers will be treated to a walk through Como’s diverse career, led by the likes of Peter Marshall and Nick Clooney.

Some 21 years ago the classic Fleetwood Mac lineup (Lindsey Buckingham, Mick Fleetwood, Christine McVie, John McVie, and Stevie Nicks) reunited to record what would go on to be the fifth best-selling live record of all time, The Dance. This special features the band’s legendary performance at Warner Brothers Studio in Burbank, California. The group plays favorites from Rumours, Tusk, and more.

Let Tommy James of The Shondells take you on a mind-bending journey through the late ’60s, featuring some of the standout tunes of pop music’s psychedelic era. Featuring rare performances from Dusty Springfield, The 5th Dimension (let’s hope they break out some of their Laura Nyro covers,) The Supremes, Sonny & Cher, and more.

Given that many people in the United States sport Irish heritage, it is no wonder that Irish song and dance is some of the most popular world music in the country. This special includes performances from both celebrated artists within the Celtic musical tradition, as well as up-and-coming, contemporary ones.

Patti LaBelle is inarguably one of the true experts of ’70s soul, so it makes sense that she is your guide in this feature, which reunites various ’70s era Motown R&B, and soul greats, such as The Commodores, The Trammps, The Emotions, and more for a night of performances.

In this 1990 performance, the Highwaymen, aka country music icons Waylon Jennings, Johnny Cash, Kris Kristofferson and Willie Nelson, perform some of their best loved tunes in the Nassau Coliseum on Long Island. 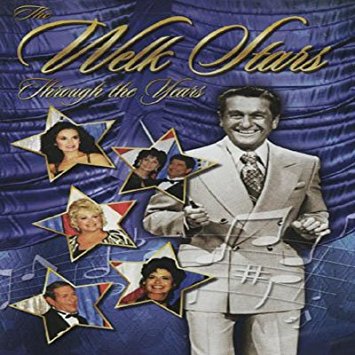 Welk Stars Through the Years – Saturday, June 9 at 7 p.m.

Lawrence Welk has quite the musical family, and in this special, many of those folks are acknowledged. Mary Lou Metzer salutes 18 entertainers who formerly appeared on Lawrence Welk specials, featuring TV clips and vintage photos.

What’s inside your skull is your most precious possession. Join Dr. Daniel Amen as he explains ways to improve your brain health.

No one likes the way that time carries on, and many are particularly adversed to the marks that time leaves on their physical husk. Miranda Esmonde-White is one of those people, and this special is full of her patented tips and tricks to combat the merciless march of time.

Migraines are one of the most common debilitating conditions faced by people in the 21st century, but thankfully there are steps that one can take to combat the spells of intense pain they may bring on. Check out this special for the scoop on some ways to make migraines less common, shorter, and less painful.

In the end, all we have are our memories, and as we age, often our memory begins to fail us. Dr. Daniel Amen clues viewers in on things both big and small that they can do to preserve their memory.

There are simple but life-altering ways that you can go about improving your cognitive, physical, and psychological health, and in this special Dr. Perlmutter clues you into some of those.

An advocate of a diet rich in micronutrients, Dr. Joel Furhman is the man with the plan to help you to move yourself from living to eat to eating to live.

Travel and Other Delights

No other documentarian has been as tried and true in the art of preserving America’s history as filmmaker Ken Burns. In this special, America’s sweetheart, Tom Hanks, guides viewers through a retrospective of Burns’ fascinating lifework, with a special emphasis on the sprawling 15-hour documentary The War.

Travle expert Rick Steves is living the dream, so you don’t have to. In this installment in his travels, Steves explores the diverse and fascinating cities of Germany.

WOUB-TV Season of Giving Guide: Holiday Programming and So Much More