Explore the People and Animals of Australia’s Kimberley Region, a Vast, Rugged and Remote Wilderness
as Part of the PBS Summer of Adventure

THE OUTBACK is a new three-part series that explores the people and animals of Australia’s Kimberley region in North West Australia, a vast, rugged and remote wilderness bursting with character. As large as California, Kimberley has a population of only about 40,000 people, who live alongside animals that have superbly adapted to the harsh and beautiful extremes of their habitat. Filmed over the course of two distinct seasons, THE OUTBACK premieres Wednesdays, August 1, 8 and 15, 8:00-9:00 p.m. on WOUB. 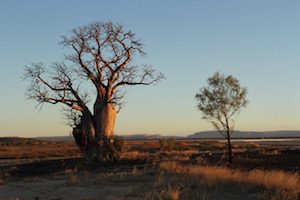 Australia’s vast North West corner is a startling landscape, one so ancient that, in parts, it predates life on the planet. It can appear arid and empty, but is filled with animals that have adapted to its harsh climate. Many are nocturnal, well camouflaged or prone to secrecy, from creatures reminiscent of the ancient landscape, like the saltwater crocodile, owner of the world’s most powerful jaws, to the most delicate of marsupial mice. THE OUTBACK captures the life of these animals over the course of the dramatic wet and dry seasons that dictate their cycles of life.

From the Outback’s red-hot heart, to its spectacular and pristine coastline, a particular breed of people also inhabits this land. THE OUTBACK is their story – past and present, tough and compassionate. They are the indigenous custodians whose understanding of the land, its animals and its seasons harks back to the oral storytelling and dreamtime of ancient generations. They work with and beside scientists sharing knowledge and interpretations of the land. There are the station owners and workers who live together on some of the world’s most remote cattle properties, battling heat, flies and the sheer breadth of their grazing lands. There are archaeologists stunned by rock art discoveries and “wildlife carers” who nurture orphaned animals – no matter the hour of the day. We meet the gold diggers, the ornithologists, the dedicated volunteers and the dreamers with big ideas. 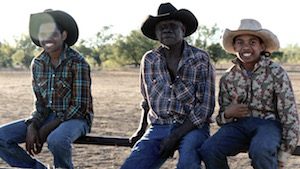 It’s a spectacular adventure into the life of Australia’s unique and precious North West corner.

EPISODE 1: “The Kimberley Comes Alive”
The Kimberley region in North West Australia boasts some of the most spectacular wilderness — and tough characters — in existence. As the wet season comes to an end, the humans and the creatures begin their adventures across this diverse and surprising landscape. From tiny, orphaned joeys to majestic ospreys, survival takes guts (and sometimes even the huge hearts of humans to care for them). It’s a land where humans and animals live in dangerous, and exquisite, proximity.

EPISODE 2: “The Dry Season”
It might be the dry season but there’s no rest in the Outback: There are turtle eggs to be laid, saltwater crocodiles to dodge and young birds on maiden flights. Cattle must be mustered from the far corners of vast cattle properties and, when that is done, rodeos spring into action. More quietly, archaeologists are led through remote wilderness by traditional owners, revealing breathtaking galleries of ancient rock art. Out at sea, elite athletes dive the ocean depths in the name of the world’s most spectacular pearl, risking dangerous encounters with curious giants. While mother to marsupials, Mandy Watson, sets her babies free. 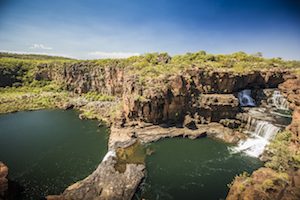 EPISODE 3: “Return of the Wet”
Inland Kimberley is now so stiflingly hot, everything and everyone moves with caution — with the exception of gold diggers Honest John and Steve. The region’s remaining waterholes are packed with animals, forced dangerously close together. Windjana Gorge is a prime example – a pristine oasis where brave humans wade into crocodile-infested water in the name of science. The coast is also a place to congregate. Thousands of shorebirds arrive from the world’s longest single migration, only to be blasted with nets by crafty bird lovers. The humidity builds until the skies finally explode with thunder and rain. Nyul Nyul ranger Albert Wiggan sings a welcome to the life it brings and arrival of a new season in his ancient land.

‘Bob Ross: the Happy Painter’ to Air on WOUB-HD August 5