Every weekend local music geeks unite to provide the region with 11 hours of creatively curated tunes on WOUB 1340AM, an endeavor that is known commonly as Radio Free Athens! Typically the program runs from 9 a.m. EST to 8 p.m. EST every Saturday, and can also be heard through this link.

Here is a list of the DJs slated to play on Saturday, October 6:

Below, find a preview of some of the groovy tunes that will be flowing through the airwaves this Saturday from a couple of our volunteer DJs.

Grumpy Grandma has a very special lesson for you this week, my dear listeners.

Most of the time, doing so will just ingratiate you to the cool cats in your community, but sometimes you really do ended up being the sole benefactor in an interaction based on this philosophy. For example: I’ve been in love with Aimee Mann’s Mental Illness for the past year — discovering it about six months after it came out in March 2017. I’ve always had a fondness for Aimee, mostly because she’s one of the few musicians who worked with my favorite comedians, Tim Heidecker and Eric Wareheim — but I had never really given her music much of a chance until she released this album, more importantly, with this particular album cover. 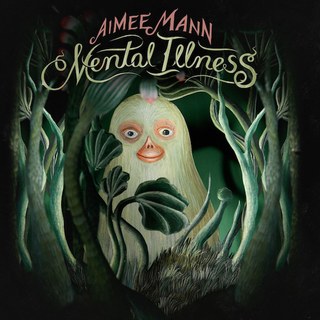 The album was pitched to me by a friend as a record that essentially had a bunch of vignettes about mental illness — so I was pretty sold. In companion with that excellent album cover, that in all of it’s absurd cuteness more aptly expresses my personal experiences with psychological distress than any morose or obviously dark image I’d ever seen — I was in love! However, you know, my dear listeners, how things work in the digital age, and you’ll understand why my younger brother recently uttered “you know, sometimes I wish Spotify wasn’t a thing,” while we were record shopping. One can find a record and let it endear itself to them alongside dozens of other records for $9.99 a month on a little digital platform, rather than forking out about $20 for the album. This is not good, this is not entirely bad — it just is, and things aren’t changing anytime soon.

So I had been cautiously eyeing the vinyl record on Amazon every couple of months when I was feeling frisky with my dollars — until I found a brand new, first pressing, still sealed copy in a record bin at the Athens Antique Mall! And when I got it home — wonders upon wonders, it was pressed on Pepto-Bismol pink vinyl!

So, buy records local, sometimes it pays off.

I’ll be spinning that record, as well as some other oddball stuff I’ve been hitting hard recently. Let’s hope they have a clean version of “Purple Pills” by D12 on NETIA, because that is really what I would like to treat you all with.