– The Pop Culture Icon in the Definitive Concert of His Career – 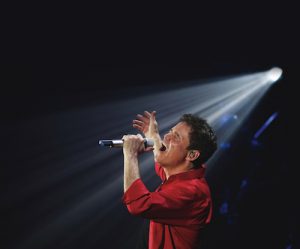 In 2017, Donny Osmond embarked on a sold-out United Kingdom arena tour. The final performance, at the Birmingham National Exhibition Center, was filmed in HD, capturing the pop heartthrob as he performs many of his beloved top hits plus a range of classics from every genre. With new songs from his 60th — yes 60th!— album along with his enduring repertoire, this concert beautifully showcases his legendary appeal. DONNY OSMOND: ONE NIGHT ONLY! is part of special programming premiering on PBS stations in December 2018 (check local listings).

From his teenage days to the present, through thousands of concerts and millions of records, Osmond has remained an international household name with a devoted fan base. Proving that his place in music history is well deserved, this is the definitive concert for this pop culture icon.

“I have been touring literally all my life, so it’s quite a statement to say that this tour was definitely my favorite that I’ve ever done,” said Osmond.

Performances in ONE NIGHT ONLY Include: 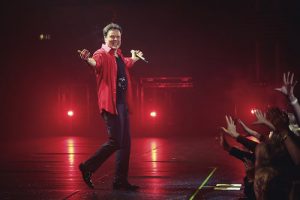 Throughout his illustrious career, Donny has earned 33 gold records; selling over 100 million albums and becoming a worldwide music legend. He has made history by celebrating over five decades in show business with the release of his new album, One Night Only.

Throughout his career, Donny has notably entertained a vast array of audiences with his varied career choices. He has starred on Broadway as Gaston in Disney’s Beauty and the Beast; hosted two television series on British network television; and performed at the Concert for Diana, seen worldwide by more than two billion viewers. The critically acclaimed song — Captain Li Shang’s “I’ll Make a Man Out of You” from the Disney film Mulan — was sung by Donny. The song and his performance of it received accolades from around the globe; it ranks as one of the most popular and enduring Disney tunes of all time. 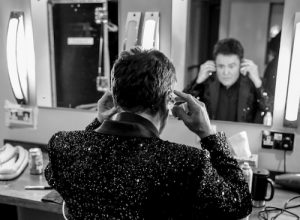 In 2009, Donny was crowned Dancing with the Stars champion for season nine. One of Donny’s most notable appearances was his starring role as Joseph in Sir Andrew Lloyd Webber’s Joseph and the Amazing Technicolor Dreamcoat, which broke records during its six-year run with more than 2,000 performances in the US and Canada.