Short Wave, a new daily science podcast from NPR, will explore new discoveries, everyday mysteries, and the science behind the headlines – all in about 10 minutes a day, Monday through Friday.

Host Maddie Sofia will cover a wide range of topics, such as how researchers are using hallucinogens to treat addiction, the environmental costs of the shipping industry, and whether the latest high-tech medical device is based in science or all hype. Whatever the subject, it’ll be done with rigor, creativity, and humor. Short Wave is science for everyone.

“I know a lot of people feel intimidated by science or feel like it’s not for them. But science affects all of us on a daily basis, so science belongs to everyone. And we’re going to treat it that way,” said Sofia, who holds a Ph.D. in microbiology and immunology from the University of Rochester Medical Center.

“We are bombarded with issues like the changing climate, the evolving relationship between people and technology, and new breakthroughs for treating disease. Short Wave will break down those issues and the science behind them, so it’s easier to understand the fundamentals – and the bigger picture,” said Neal Carruth, senior director of on-demand news programming.

Sofia previously hosted the NPR video show “Maddie About Science,” taking viewers behind the scenes with scientists, revealing their motivations and sharing their research — from insect mimics to space probes headed for the sun. She also co-developed the world-wide NPR Scicommers program, which supports scientists interesting in building their communication skills. 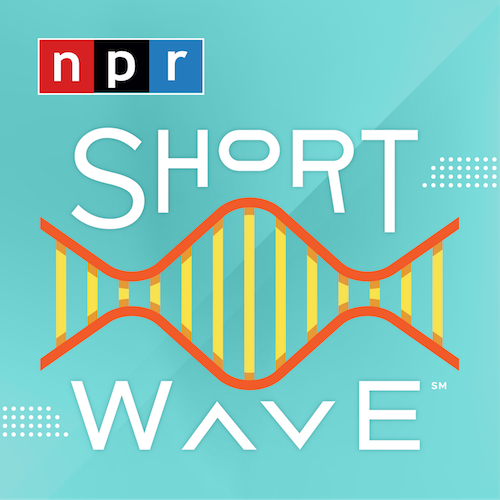 Short Wave is the latest offering in NPR’s growing daily show portfolio. NPR’s daily podcasts also include Up First, The Indicator from Planet Money, and a newly-expanded NPR Politics Podcast which has moved to publish every weekday until Election Day 2020.

“Listening habits are ever-evolving,” said Anya Grundmann, NPR’s senior vice president of programming and audience development. “We are motivated to share information and experiences in ways that make it easy to think, dream, be inspired and informed as you go through your day, no matter the topic or how you choose to listen.”

NPR’s rigorous reporting and unsurpassed storytelling connect with millions of Americans every day — on the air, online, and in person. NPR strives to create a more informed public — one challenged and invigorated by a deeper understanding and appreciation of events, ideas, and cultures. With a nationwide network of award-winning journalists and 17 international bureaus, NPR and its Member Stations are never far from where a story is unfolding. Listeners can find NPR by tuning in to their local Member stations (npr.org/stations), and now it’s easy to listen to our stories on smart speaker devices. Ask your smart speaker to, “Play NPR,” and you’ll be tuned into WOUB’s live stream. Your speaker can also access NPR podcasts, NPR One, NPR News Now, and the Visual Newscast is available for screened speakers. Get more information at npr.org/about and by following NPR Extra on Facebook, Twitter and Instagram.

Up First: The Essential Morning News Podcast From NPR