Athens City Council unanimously passed new mandatory face covering legislation that requires masks to be worn by people in most public places controlled by the city.

The ordinance was passed unanimously Monday night July 13 by the Athens City Council as an emergency measure. The ordinance became effective immediately Tuesday morning, July 14, upon the signature of Mayor Steve Patterson.

A copy of the full ordinance can be found at www.ci.athens.oh.us/covid19.

Mayor Patterson talks with WOUB’s Conversations from Studio B and explains the ordinance, the reasons for its passage and how the ordinance will be enforced.

It also requires wearing masks outdoors, within the City, if social distancing of six feet cannot be maintained. Masks are required except when people are eating or drinking in a bar or restaurant.

There are exceptions to the ordinance including officiants at religious ceremonies, children under 10 years of age and people who have certain disabling health issues.

Ordinance violators can be given a civil fine of $100. The fine can be appealed. However, if someone does not pay the fine, the matter will be converted to a minor misdemeanor and handled through the Athens County Municipal Court as a criminal matter.

“It was the right thing for us to do,” he says.

Information about the ordinance will be distributed through posters to businesses and billboards will be used to notify the public along with other means. 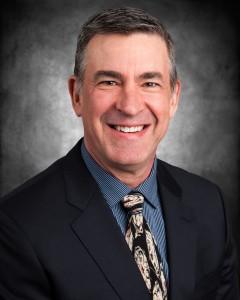 Conversations from Studio B