The Story Behind the Conception and Recording of “Queen – A Night at the Opera” on CLASSIC ALBUMS, July 23 at 10 pm

CLASSIC ALBUMS “Queen – A Night at the Opera”

Explore the story behind the conception and recording of A Night at the Opera, the fourth Queen album, released in late 1975, and long regarded as a classic. The brilliant mix of hard rock, pop, opera, music hall camp and traditional folk, utilizing multi-layered guitars, crunching riffs, vocal harmonies, piano flourishes, a harp, a ukulele and ‘no synthesizers’ all combine to make what many consider to be a masterpiece.

Queen’s faultless musicianship, with the “Sonic Volcano” rhythm section of Roger Taylor and John Deacon, Brian May’s guitar virtuosity and the spectacular Freddie Mercury up front led to the crowning of Queen as one of the greatest rock acts of all time.

A deal with EMI and Elektra Records produced three albums that featured a burgeoning Queen sound, a massive single, “Killer Queen” and huge critical success. But 1975 became the turning point in their career. New management and the luxury of unhampered time in the recording studio allowed Queen to fulfill their creative ambitions and produce A Night at the Opera.

“Bohemian Rhapsody,” the controversial first single from the album, was greeted like manna from heaven in the dull musical wasteland between glam-rock and punk. It was a production beyond comparison, residing at the top of the U.K. charts for nine weeks and honored in 1977 as “The Best Single of the Last 25 Years.” It remains one of British rock’s finest moments. 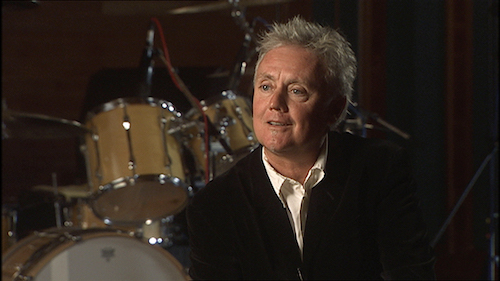 Released on November 21, 1975, the album went platinum, becoming the number one album in the U.K. and number four in America. By the time Queen hit Chicago during their headlining U.S. tour in late February 1976, all four of their albums were in the U.K. top 20. Sell-out tours of Japan and Australia followed and in September, they played a free concert in London’s Hyde Park to over 150,000 ecstatic fans.

One of the most expensive, expansive and creative albums of its time, A Night at the Opera confirmed Queen as a global rock phenomenon and propelled them into rock and roll history.

CLASSIC ALBUMS is a British documentary series that celebrates the making of the greatest albums in pop, rock and heavy metal music. Each episode features interviews with band members, producers and others discussing the creation of the historic recording.