You are viewing the February 1, 2012 daily archives

Ohio continued its winning ways Wednesday night at Northern Illinois. The Bobcats downed the Huskies 67-58 in what was a back-and-forth contest. In the first half NIU, (2-18, 1-7 MAC) was shooting the ball well and hitting the glass; two areas head coach John Groce was concerned about coming into the game. “In the first… Read More

The Ohio women’s basketball team lost a hard-fought battle, 63-53, at home against Eastern Michigan on Wednesday. In the words of head coach Semeka Randall, “We fought hard, but not hard enough.” The Eagles (15-7, 7-2 MAC) led for all 40 minutes of the game, winning the tip-off, drawing first blood, and never allowing a… Read More

The Athens County Prosecutor's Office has collected more jail restitution money in the last month than in the past year. Prosecutor Keller Blackburn says the reason for this increase is he has now made it a priority to make inmates pay for their own incarceration. "We spent about thirty percent of the county's general fund… Read More

Nelsonville-York’s girls basketball program is in the middle of an amazing turnaround this year. Led by Coach Dalton, the Lady Buckeyes have transformed from a team that finished last in the TVC-Ohio last year at 4-16 into a team winning games with ease, as they are 12-5 through 17 games this season. Anytime a team… Read More

While all eyes on the football world are centered in Indianapolis this week–now just days away from professional football's biggest day of the year–it was the football teams who star on Saturdays grabbing the headlines Wednesday of "Super Bowl Week,"  as football recruits across America chose their future schools, signed their letters of intent, and… Read More

Fracking has environmental and economic concerns for Athens County and those have been thoroughly debated for weeks. Now, another issues has surfaced: road maintenance.    With Athens County citizens leasing land to drilling companies, Athens County Engineer Archie Stanley is worried about what's going to happen with county roads.  Acting on that, he helped prepare… Read More

Governor John Kasich gives his State of the State address on Tuesday and no doubt will have something to say about education — both K-12 and higher education. Whether Kasich will have any big announcements or unveil any new proposals remains to be seen, but recent remarks provide some insight into the governor's thinking.  … Read More 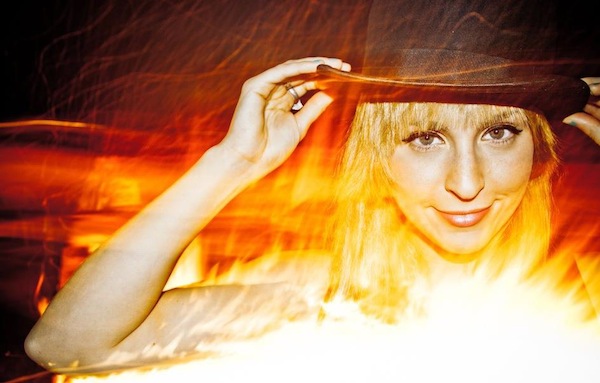 A “Fireside” Chat with Angela Perley

Columbus, Ohio’s Angela Perley and The Howlin’ Moons return to Athens on Saturday, Feb. 4, opening for the Missouri-based Ha Ha Tonka at Casa Cantina. Since forming in 2009, Perley and her band have made a name for themselves in Columbus and have received some airplay overseas on the BBC. Next month, they’ll hit the… Read More

Slavery By Another Name

Slavery By Another Name Monday, Feb. 13, 9 p.m.   SLAVERY BY ANOTHER NAME challenges one of Americans’ most cherished assumptions: the belief that slavery in this country ended with the Emancipation Proclamation. The film relates that even as chattel slavery came to an end in the South in 1865, thousands of African Americans were… Read More

Tickets are available for the annual State of the State address. Listen to your audio update here.

Crackdown On Prescription Drugs Leading To Other Problems In SE Ohio

The crackdown on prescription drugs has resulted in the increased use of other illegal drugs in Ohio. Ohio Attorney General Mike DeWine says more people are turning to heroin. "As we push back on the prescription drug problem, I think the one new thing that we're seeing and it's really a continuation but it's worse…… Read More

Known for their locally-crafted beer in Athens, Jackie O’s Pub and Brewery will soon expand its brewery operations. The move comes after space limitations made it obvious expansion was necessary. The pub’s brewing machinery is currently located at the pub's West Union Street location, but renovation is underway at a larger site on Stimson Avenue…. Read More

Meigs Elementary School in Middleport is under lockdown. A superintendent's office spokeswoman says the school is on lockdown after a parent made a threat. Meigs County sheriff's deputies say they went to the school this morning to tell officials that a particular parent should not be allowed to pick up a step-child. District officials say… Read More

An Ohio University film professor has received worldwide acclaim for his latest feature film. Professor Rajko Grlic’s feature novelty film, Just Between Us, won Best International Feature at the Raindance Film Festival. It’s now playing in more than 20 countries around the world. Grlic says that it’s a love story and that it is both… Read More

An Ohio University film professor has received worldwide acclaim for his latest feature film. Plus, work will resume today at the Cincinnati casino construction site where a floor collapsed. And, a block of tickets is available for the public to attend Gov. John Kasich's State of the State address.

Tickets Available For State Of The State

A block of tickets is available for the public to attend Gov. John Kasich's State of the State address at an eastern Ohio elementary school.      The governor's office on Tuesday said an undetermined number of tickets for the Feb. 7 event in Steubenville will be distributed via lottery. Registration runs through 5 p.m…. Read More

It's "Digital Learning Day" for thousands of West Virginia students and teachers.      Wednesday marks the start of a year-round national awareness campaign to improve teaching and learning using innovative uses of technology and digital media.      Coordinated with The Alliance for Excellent Education, the day is also intended to highlight teaching practices… Read More

Kentucky's fight against prescription pill abuse comes into focus during a daylong summit in Lexington that will draw political leaders and prosecutors.      They'll join police and local prosecutors who find themselves on the front lines of trying curb the deadly addiction.      Gov. Steve Beshear will be among the speakers at the… Read More