Former Ohio guard D.J. Cooper completed his second NBA pre-draft workout with the Golden State Warriors on Monday, and according to his agent, Mike Naiditch, Cooper said he felt “his performance was much improved” compared to his first workout with Portland. Naiditch also said the Warriors staff told him after the workout that “(Cooper) played… Read More

Keely To Play Professionally In The Netherlands

Former Ohio Basketball forward Reggie Keely took to Twitter Monday night to announce he is continuing his basketball career professionally with the Dan Helder Kings of the Dutch Basketball League. “It’s pretty much official, I will be in the Netherlands this August,” Keely tweeted. Den Helder finished sixth out of 10 teams in the DBL… Read More

The top high school football players from Pennsylvania and Maryland met in the annual Big 33 Football Classic in Hershey Park, Pa., over the weekend. Ohio commit Dorian Brown took the field for Pennsylvania, assisting the Keystone State in its 58-27 victory over Maryland in the game known as “The Super Bowl of High School… Read More

Ohio drivers can relax now as Gas prices drop this week. Plus, Ohio is showing an increase in the population of people ages 20 to 34.  These stories and more in your Monday NewsWrap.

On paper, April Vale and Dani Underhill appear to be your typical married couple: two kids, two dogs, busy home and work lives, dreams of having a third child and buying a house. But April and Dani face challenges and obstacles other married couples don’t because they happen to be two women. “I just want… Read More

2013 is turning out to be a banner year for Athens music, with great new releases from Hex Net, Leah Nairn and Supernobody. Now you can add local surf-rockers The D-Rays to that list. WOUB's Bryan Gibson talks with bassist Missy Pence about the band's debut LP and upcoming record release show at The Union.

Hundreds In Muskingum County Without Power

About 775 customers in Muskingum County won't have power until midnight, according to estimates by American Electric Power. AEP Ohio says an equipment failure at the Bridgeville substation caused the outage. The company is bringing a mobile transformer as part of repair efforts.

Bull Shot After Escaping From Trailer

A bull was shot Saturday after escaping from a trailer and halting traffic for over an hour. The Athens Patrol Post of The Ohio State Highway Patrol says a bull being transported near Guysville was running loose on US Route 50. Two troopers responded and tried to keep the animal off the roadway and away… Read More

Women seeking an abortion in Ohio would have to wait longer to undergo the procedure and listen to their doctors describe all of the fetus' "relevant features" under a measure being considered by state lawmakers. The Republican-led Legislature's most recent attempt at curbing abortions would also require doctors to tell women that the procedure increases… Read More

Over The Rhine Returns to Stuart’s Opera House

Ohio-based band Over The Rhine returns to Stuart’s Opera House this Saturday for a special acoustic show at 8 p.m. The group, which performed at Stuart’s almost six years ago and made a stop at the 2011 Nelsonville Music Festival, is currently touring in support of its latest release, Meet Me at the Edge of the… Read More

Attorney General Patrick Morrisey says he plans to review abortion regulation in the state to determine whether any changes are needed. Morrisey sent letters on Monday to the Women's Health Center of West Virginia and Kanawha Surgicenter asking them to provide information on how often they are inspected, their understanding of state abortion laws and… Read More

Attorney General Patrick Morrisey says he plans to review abortion regulation in the state to determine whether any changes are needed. Morrisey sent letters on Monday to the Women's Health Center of West Virginia and Kanawha Surgicenter asking them to provide information on how often they are inspected, their understanding of state abortion laws and… Read More 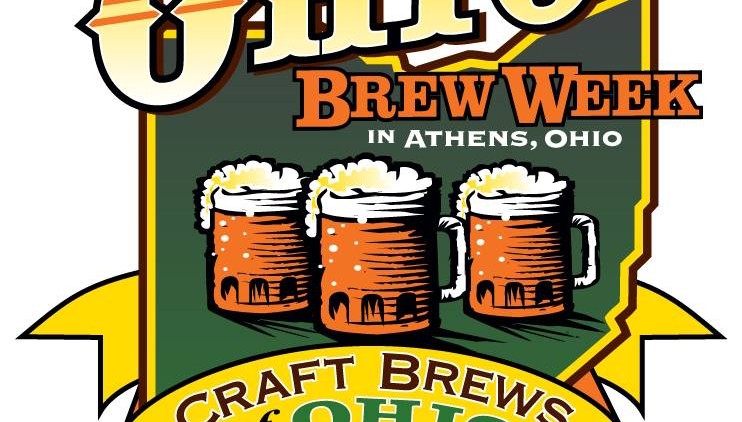 Now in its eighth year of celebrating Ohio craft brew excellence, Ohio Brew Week is hosting more events and more breweries than ever before. More than 40 Ohio craft breweries, including nine new ones, are bringing more than 200 craft brews to Athens, Ohio, June 21-29. Taps in 33 venues will flow with original Ohio… Read More

Huntington residents are spotting bears. Ohio's young professionals are staying in the state. More information can be found in your morning update.

An attempt by an Athens County commissioner to stop what he sees as unnecessary legal expenses for the Athens-Hocking Solid Waste District was unsuccessful. At a meeting earlier this month, Commissioner Charlie Adkins made a motion to not have the district’s attorney, Garry Hunter, attend the board meetings unless there is specific need. Hunter is… Read More

Ohio May Be Stemming ‘Brain Drain’

A newspaper analysis shows that Ohio may be starting to turn around its "brain drain." The Dayton Daily News reports that an analysis of census data shows that Ohio may finally have seen the end of a decades-long trend of losing young adults to other states. Beginning in 2010, the numbers show, Ohio actually showed… Read More

Security could get a little tighter at the Ohio Statehouse in Columbus. The Capitol Square Review and Advisory Board wants to spend close to $2 million to purchase hand-held metal detection wands, cameras and other equipment to protect the building's entrances. The Statehouse currently leaves its doors open during normal business hours, allowing people to… Read More

Relax, Ohio motorists. Gas prices are moving back down. After hovering around $4 a gallon for a couple weeks because of refinery problems in the Great Lakes region, prices at the pump have fallen. The state average for a gallon of regular gas was $3.74 in Monday's survey from auto club AAA, the Oil Price… Read More

A film that has worried one southern West Virginia community for months will be available to the public through DVD sales and rental downloads July 1. The Charleston Daily Mail says the documentary "Oxyana" by director Sean Dunne won a special jury mention at the Tribeca Film Festival earlier this year. No one in the… Read More