Listen to Ecoustic Alchemy give life to the a classic short story by O. Henry that captures the tale of two men who kidnap a wealthy man’s son.

“The Ransom of Red Chief” tells the tale of men hoping to gain money for his return, but end up paying the father to take back the spoiled and hyperactive child. 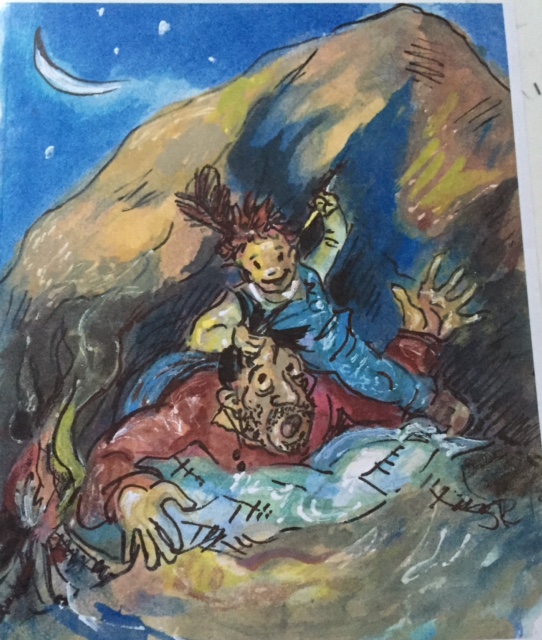 After kidnapping a young red-haired boy named Johnny, who nicknames himself “Red Chief,” Bill and Sam are driven to the brink by the young man’s constant talking, pranks and need for playtime.

Soon after the kidnapping it seems the boy’s father isn’t too ready to take him back and rejects their demands. After some time off from the hyperactive boy, he offers to take the child back – but only if the kidnappers pay him.

Produced in conjunction with WOUB Public Media and the School of Media Arts and Studies at Ohio University, “The Ransom of Red Chief” was produced and directed by volunteer Karen Chan and executive produced by Mark Robinson and Kyle P. Snyder.

This audiobook uses the unabridged version of this story taken from the Project Gutenberg site. You can view or download the text here.

“Through the Looking Glass” by Lewis Carroll