By the time Trimble was able to keep Alexander’s Mason Chapman out of the end zone, the result had long been decided.

Chapman accounted for Alexander’s first five touchdowns, three on the ground and two through the air, and registered an interception on defense, guiding Alexander (8-1, 5-0) to a 42-13 against Trimble (7-2, 7-0).

The performance pushed Chapman past the 1,000 rushing yard threshold for the season.

Chapman’s performance powered Alexander’s offense, but it was Alexander’s defense which did what few have done before: slow down Justice Jenkins. The Spartans held Jenkins to 103 rushing yards and a 39-yard touchdown through the air, a pedestrian performance by Jenkins’s lofty standards.

Alexander’s Chace Harris played a big part in the effort. He made a living in Trimble’s backfield, recording a sack, forced fumble and a fumble recovery.

Both teams will play for their respective conference titles next Friday. Alexander can become outright conference champions with a win over Meigs while Trimble can clinch with a victory against Federal Hocking. 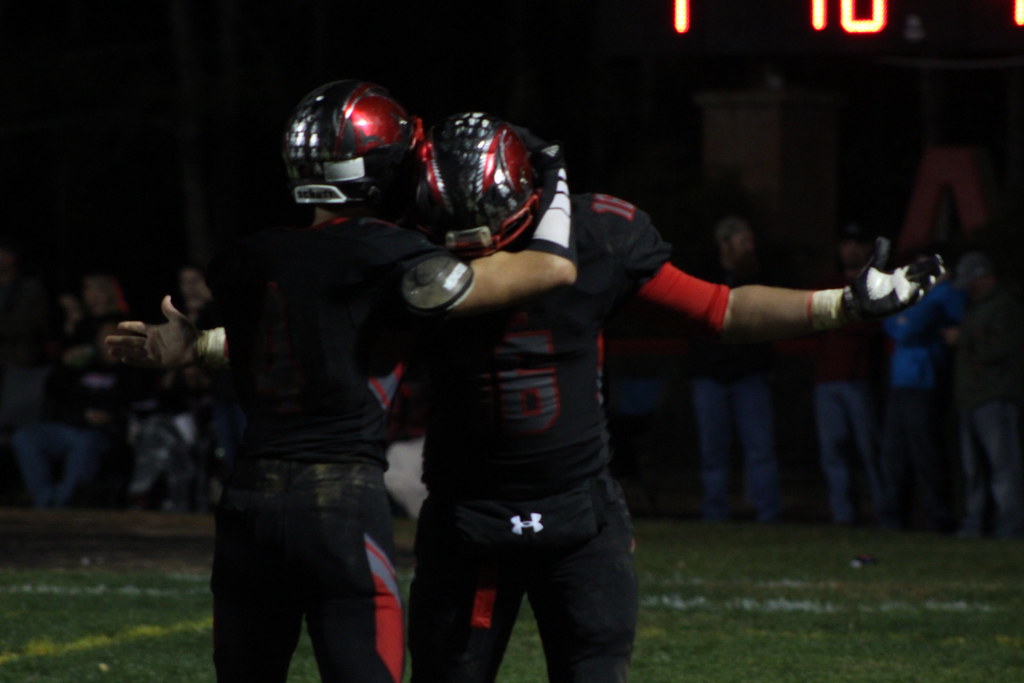 Trimble Survives and Advances Against Shadyside