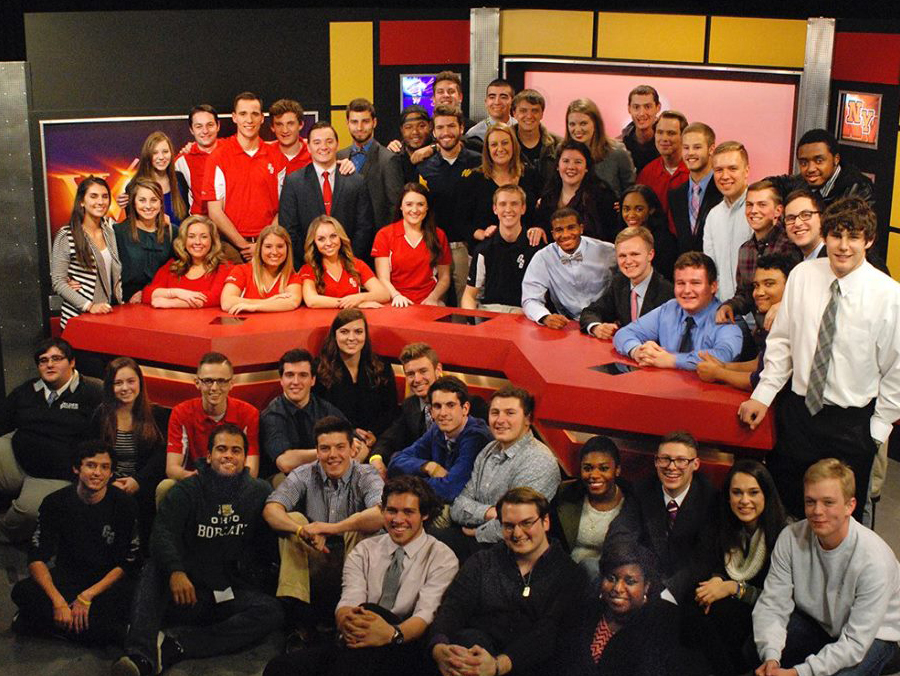 “We are thrilled to be recognized by the Ohio Valley Regional Chapter of the NATAS,“ said Mike Rodriguez, student development director and executive producer of Gridiron Glory. “The students involved in the show really put their hearts and souls into the broadcast. They work hard and it feels good to get recognition.”

“‘Gridiron Glory’ has become a go to source for comprehensive high school football coverage in the region,” said Rodriguez. “It also provides excellent training for students who are interested in sports media or learning about live multi-camera video production.”

Also recognized with an honorable mention in the Sports Program category is “The Bobcat Sports Showcase” and in the News- General Assignment category is Katy Andersen for her feature story “An Effort to Combat Ohio’s High Infant Mortality Rate.”

Students will be recognized at the annual Ohio Valley Regional Emmy Award Gala on Saturday, August 6 in Lawrenceburg, Ind.

The Ohio Valley Chapter of the National Academy of Television Arts and Sciences is one of 19 regional chapters throughout the United States. The chapter presents the Emmy awards to television professionals in thirteen markets in West Virginia, Ohio, Indiana and Kentucky.

Recognized with an honorable mention:

WOUB Productions Recognized By Regional Chapter of the NATAS