You are viewing the November 7, 2016 daily archives

The Gridiron Glory Player of the Year Candidates

Gridiron Glory has finally narrowed the list down to five. Here are your final candidates for Gridiron Glory Player of the Year. Isaac Huffman, Quarterback, Waterford Wildcats From starting his first two years at 2-8, to being the top seed in Division VII, Region 27, Huffman has been through it all with the Waterford Wildcats. STATS:… Read More

The Bobcats earned themselves their seventh win of the season following a dominant 34-10 victory over Buffalo last Thursday. Because of his performance in the win, senior linebacker Blair Brown was crowned the Mid-American Conference Defensive Player of the Week, the fifth Bobcat this year to earn the title. Brown led the team with 11… Read More 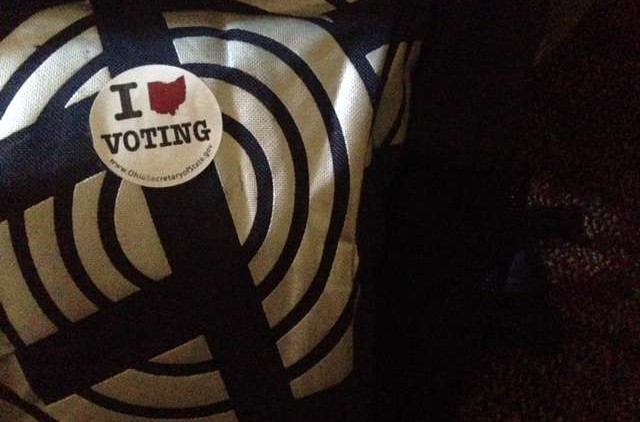 This election season has been unlike any other. From news coverage, to social media, to volunteers talking to voters on Court Street — the election is everywhere. And people are anxious. Ava Heller and Jacob Arno are both freshmen at Ohio University and both identify as members of the LGBT community. We wanted to know… Read More

COLUMBUS, Ohio (AP) – The government says an Ohio man accused of trying to join the Islamic State group has been arrested while attempting to fly to Libya. The federal prosecutor in Columbus says Aaron Daniels was taken into custody Monday at John Glenn Columbus International Airport after a monthslong investigation. U.S. Attorney Benjamin Glassman… Read More

LGBT Republicans are the Minority of a Minority

It is no secret that politics have been a hot button issue in the past few months. Tensions have continuously been growing the closer that we get to the election, and while it is exciting to see younger people getting involved in politics it can also be stressful for those who do not agree… Read More

Nate Hayes usually spends his nights serving customers at Athens Uncorked, the cozy local wine bar he co-owns. The 40-something LGBT community member, who has already purchased Hillary/Kaine 2016 champagne flutes online in preparation for election night, is no stranger to voicing his opinions on this election season. In late September, a Facebook post he… Read More

Nov. 12, children’s author and publishing professional Tracey Dils will present a workshop at the Decorative Arts Center of Ohio on how one can pick up the pen and start crafting children’s books. For Dils, who has a vast number of fiction and nonfiction books under her belt (including 1998’s You Can Write Children’s Books)… Read More

A federal appeals court in Cincinnati has granted a motion by Donald Trump’s presidential campaign to block a lower court restraining order obtained by Ohio Democrats. A three-judge panel of the 6th U.S. Circuit Court of Appeals ruled Sunday that the Ohio Democratic Party has not demonstrated a likelihood of success on the merits of… Read More

FRANKFORT, Ky. (AP) – The Kentucky National Guard says its helicopters have dropped more than 120,000 gallons of water on wildfires burning thousands of acres of land in the state. Maj. Mike Armstrong, commander of the guard’s 751st Aviation Troop Command, says in a news release that six UH-60 Blackhawk helicopters are helping battle the… Read More

COLUMBUS, Ohio (AP) – Ohio’s elections chief is stressing the security of the key battleground state’s electoral process as he seeks to bolster voter confidence ahead of Election Day. Republican Secretary of State Jon Husted says the state has improved its voter registration data and strengthened its laws, processes and technology. Husted tells The Associated… Read More

COLUMBUS, Ohio (AP) – Ohio’s addictions agency has issued an awareness alert after a company recalled a device used to deliver the drug overdose antidote naloxone. The Department of Mental Health and Addiction Services said Friday the recall by Gurnee, Illinois-based Teleflex Medical does not involve the drug itself, which is used frequently to revive… Read More